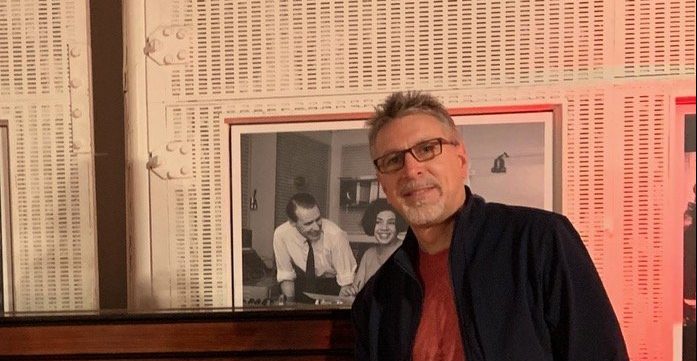 He has been nominated for the Motion Picture Sound Editors’ (MPSE) Golden Reel Award 14 times, winning for his work on Alfonso Cuarón’s Roma and on the animated television series Spawn.

A native of Vancouver, Craig has explored since childhood, a passion and fascination with sound and exploring its possibilities. After teaching classical guitar and studying music recording, he completed a program in recording arts. An introduction to the artform of audio post-production led to a job on the Canadian television series Mom P.I. He later relocated to Los Angeles, applying his skills as sound editor and/or sound mixer on feature films. He was sound effects editor on such hits as Alien: Resurrection, directed by Jean-Pierre Jeunet, and The X Files, directed by Rob Bowman. His first film as sound designer was Anna and the King, directed by Andy Tennant.

Craig has since enjoyed extensive creative collaborations with several film directors that have spanned many years and multiple projects. He has worked with Terrence Malick on The New World (which marked his first film as both sound designer and re-recording mixer), the Best Picture Oscar-nominated The Tree of Life, and To the Wonder; Joel and Ethan Coen, on movies including the afore-mentioned award-winning projects and the Best Picture Oscar-nominated A Serious Man; and Joe Wright, on seven features including (as re-recording mixer and supervising sound editor) the current release Cyrano. His other recent projects include (as sound designer) Joel Coen’s The Tragedy of Macbeth and (as re-recording mixer) Wes Anderson’s The French Dispatch. 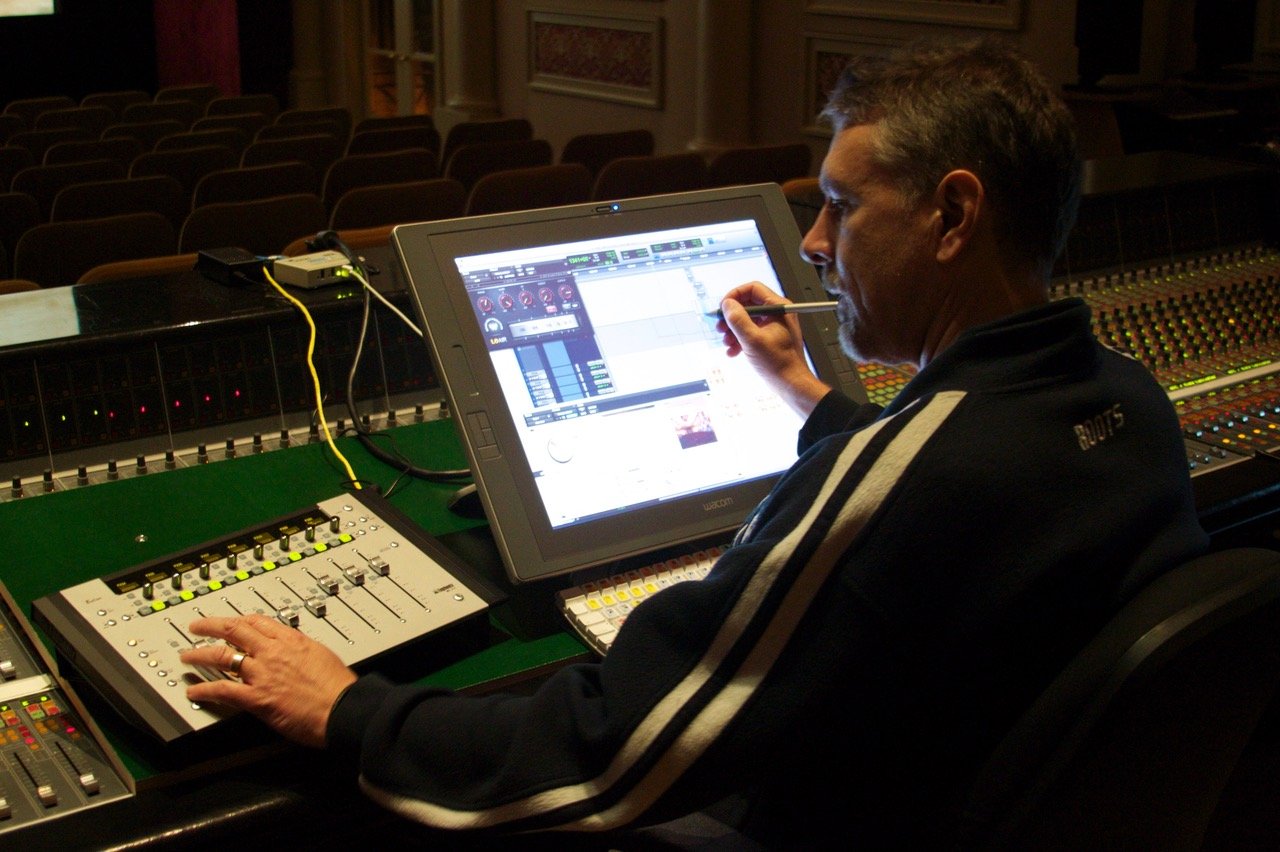 Can you share your earliest influences that led to you pursuing a career in sound design and mixing?

I’ve always loved listening to and playing music. As a kid I would make drum kits out of old ice cream buckets and take apart radios to see how they worked. I started playing guitar at age 12 and played in several bands as well as teaching guitar as I got older. After high school I was still playing in a band and working for the phone company programming digital central office computers. I decided to quit my job and take a one-year training course to be a recording engineer. I was lucky to be able to get a job as a recording engineer right away and it was while I was working there that I started to learn about post-production. Our studio was doing the post on a TV series and I had no idea what that was. I distinctly remember the desk-bell-ringing sequence in Barton Fink and how the sound created such a strange atmosphere. That had a big influence on me as I always look for a singular sound that can make an impression in a scene. When I was 10, I snuck into a movie theatre that was showing The Poseidon Adventure and it happened to be during the sequence where the ship capsizes. The sound and visuals frightened me so much that I snuck right back out!

Please describe a typical day or project at work.

Every day is different depending on the project and phase we are in. I work from my home studio in Vancouver and collaborate with team members in L.A., San Francisco, New York, and London depending on the project. Typically, I’ll come up with a plan about how we are going to approach the sound on a particular project and then decide who’s going to work on different scenes or sounds. I’ll then spend time working on the sounds that I’m responsible for in the film. I’ll either be editing and designing in my studio or be out in field somewhere trying to capture new sounds. Once we’re closer to mixing, all the elements will be sent to me so I can start pre-mixing and adjusting sounds. 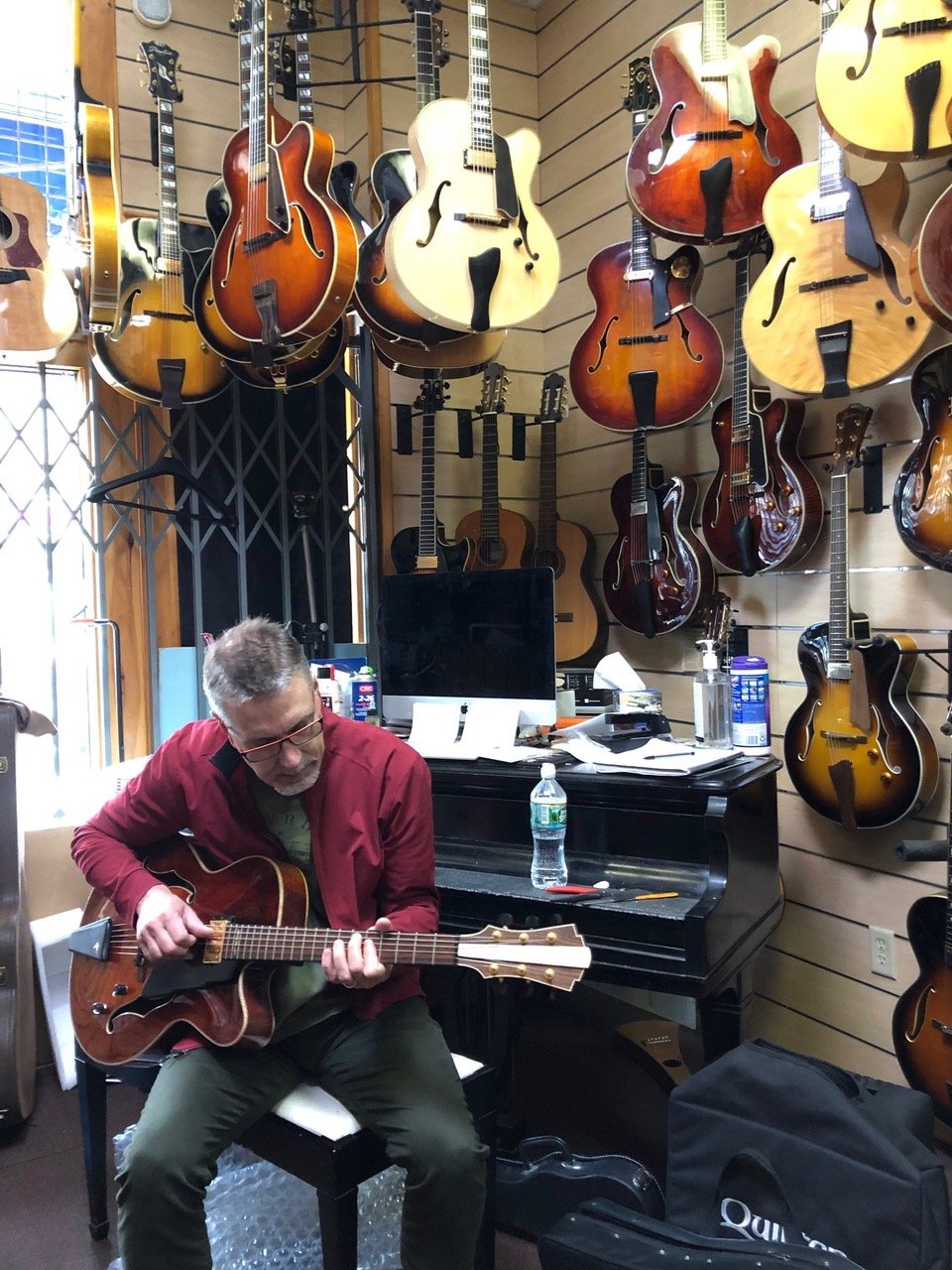 Please tell us more about your mixing studios.

I have a simple studio setup as mostly everything is done internally with plug-ins these days. I use a Raven MTX multi-touch mixer, Pro Tools, and Meyer HD-1’s for monitoring. I used a 5.1 set of M&K MPS-2510P monitors for a while when I worked on some films at Fox Studios in the early 2000’s such as X2: X-Men United. At the time it was a new concept to have a 5.1 monitoring system in your editorial suite. The M&Ks allowed me to hear more accurately and start pre-mixing in 5.1. I’ve had about six different studios over the years as every time we move, I need to build a new one. The first time I set up a studio at home was in 1997 and have mostly worked remote for 25 years. I need to be confident that anything I do at my place will translate to mix rooms around the world and using the Meyer HD-1’s has allowed me to do that.

You’ve worked on such a variety of projects and genres – which have been your favourite and which have been the most challenging and why? How did the pandemic affect your work?

Some of my favourite films that I’ve worked on have nothing to do with the actual film but with the people involved. You spend a lot of time in close quarters with your crew and having an enjoyable experience is really important to me. It might even be reflected in the work. A couple of my favourites would have to be No Country for Old Men and Darkest Hour. Some of the more challenging projects would have to one’s that include many visual effects such as the five X-Men films I worked on. Many of the final visuals for these films are not finished until we are near the end of our sound schedule. This puts a lot of pressure on us to create new sounds quickly. This translates into long days working on the final mixes and that’s why it’s important to have a great crew who are all in it together. The pandemic happened during post-production of the series Invincible that I was working on. Luckily, I was already working remotely and was not affected greatly. The schedule was pushed a bit but we were able to adapt our workflow and finish on time.

Films such as Darkest Hour are very heavily dialogue driven – what are the secrets to achieving such clarity in the audio mix, especially when mixed with the sounds of crowds or music.

Dialogue is always king! We edit with that in mind and try to not add sounds that will detract from the dialogue track. While mixing, we create pockets for the dialogue to live in. If you do it well, you can lower music and crowd sounds under dialogue without it being noticeable. We’ll also raise or lower certain syllables in a word so that you can understand everything that’s being said even in a noisy environment. With all the great noise reduction tools and editors who are knowledgeable about their use you can clean up production recordings and enhance intelligibility without too many artifacts. 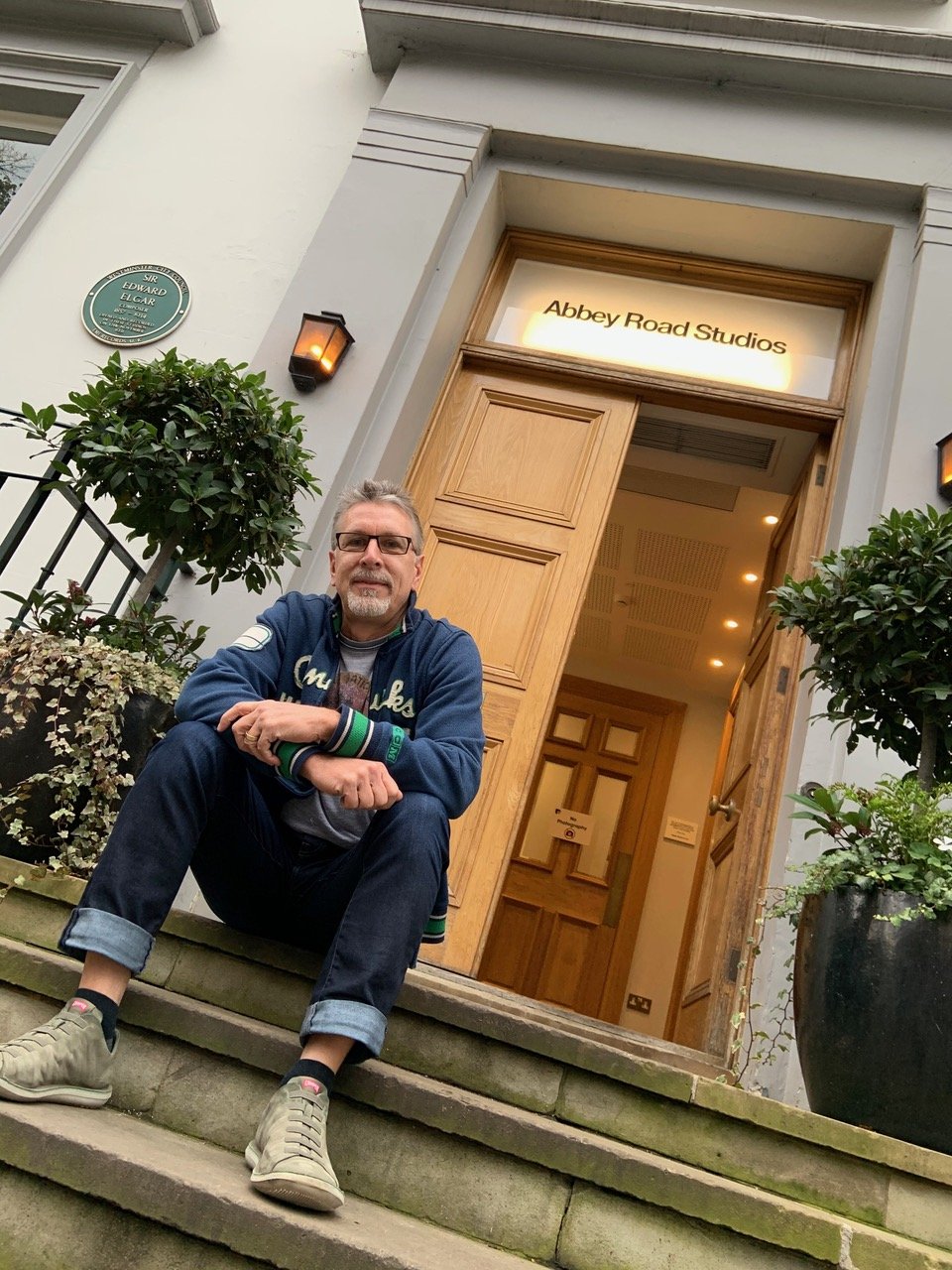 Canada is home to some of the world’s currently most popular musical artists and is well-established as a for film location and cinematography. However, most of the post-production facilities remain in Hollywood and Pinewood. Is this landscape changing for Canadian music and film post-production?

A lot of the film productions being shot in Canada are from studios outside the country. Once the shoot is wrapped, the foreign crew typically like to go home as they’ve been away for quite a while. This leads to post-production being done elsewhere. With some new tools such as Evercast to communicate remotely some post-production is staying in Canada. It looks like a trend in different fields such as visuals effects and animation as well where we can collaborate remotely.

You’ve worked on many movie blockbusters during the last three decades, such as the the X-Men franchise. How has the development of immersive audio formats such as Dolby Atmos and DTS-X transformed the way you work and tell the story?

Every project dictates how we will use the new formats and how they will help create a unique soundtrack. Having more space to place sounds in works well for big action films as it helps with clarity and movement of sounds. In some of the later X-Men films we were able to enhance the scenes where Professor X uses Cerebro by placing sounds all around and even in the ceiling. This really helps to place the viewer right in the scene. Some quieter films can benefit as well such as in Darkest Hour where serval scenes were in Churchills War Rooms. There was a ventilation system on the ceiling of the rooms which we could simulate by placing sounds in the height speakers.

Are there any major differences in your approach to work depending on the studio and whether the release is for movie theatres or streaming?

My approach is usually the same no matter the studio or release format. We’re trying to help tell good stories with sound. Sometime we need to limit our dynamic range for a streaming platform such as the series I worked on called Invincible. 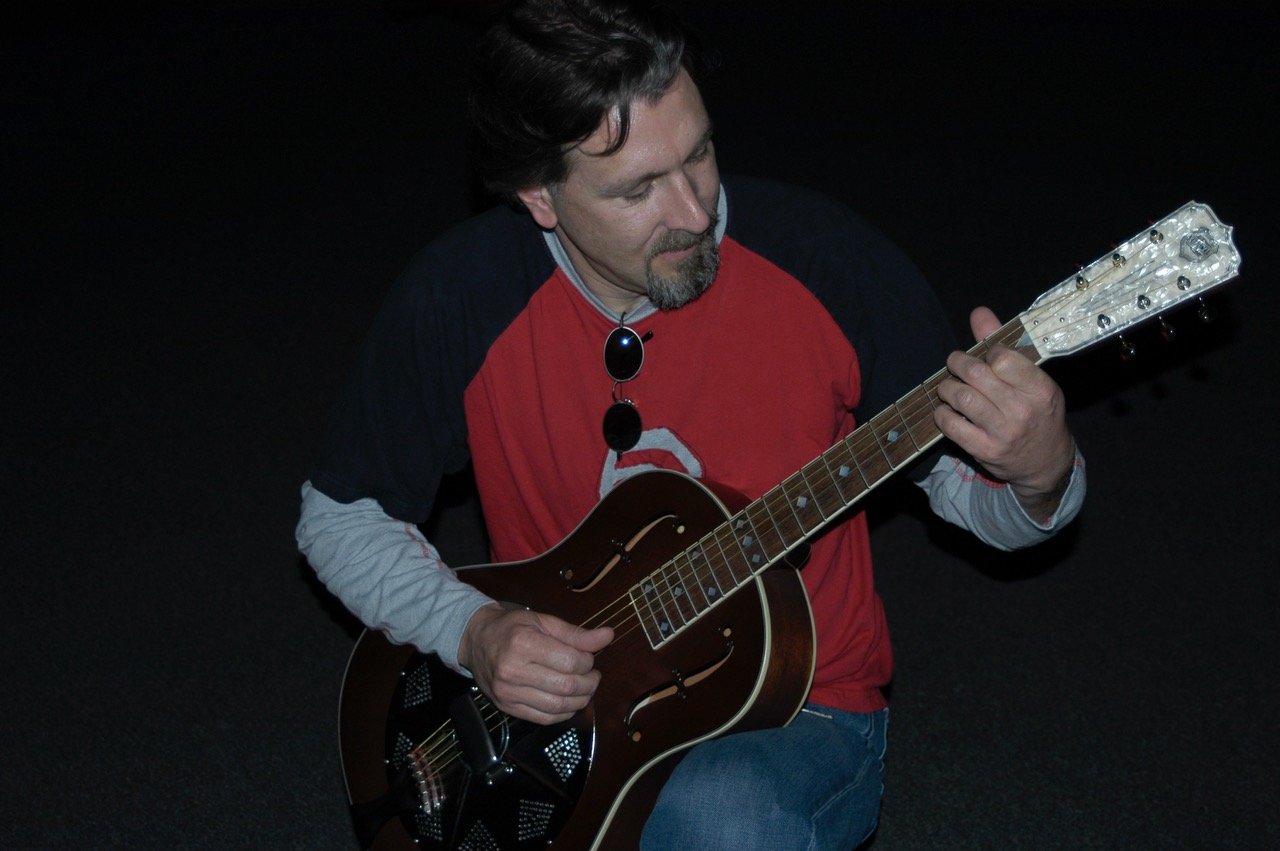 What are your tips for how the audience at home can best enjoy your work?

I think having a playback system with at least full range left, centre and right speakers helps and then the next step up would be a subwoofer and surrounds. Also, playing it at the correct level also helps create an enjoyable experience. At the start of The Tree of Life there is a disclaimer “For the optimum audio experience, the producers of this DVD recommend playing this loud”, I always enjoy seeing that.

Can you share any news with us on your forthcoming projects?

Currently I’m starting design on a Canadian project, Bones of Crows which is a psychological drama told through the eyes of Cree Matriarch Aline Spears as she survives Canada’s residential school system to continue her family’s generational fight in the face of systemic starvation, racism, and sexual abuse. Bones of Crows unfolds over one hundred years with a cumulative force that propels us into the future. This will be followed by a film called Challengers in the fall which follows three players who knew each other when they were teenagers as they compete in a tennis tournament to be the world-famous grand slam winner, and reignite old rivalries on and off the court.

Can you share any gems of wisdom for people wanting to enter your industry?

Entering the industry can be difficult but if you work hard and keep at it something will happen for you. It’s really about making connections and building a network of like-minded people to work with. You must also be passionate about it as the work can be all encompassing and you will need to be able to enjoy what you’re doing no matter what. 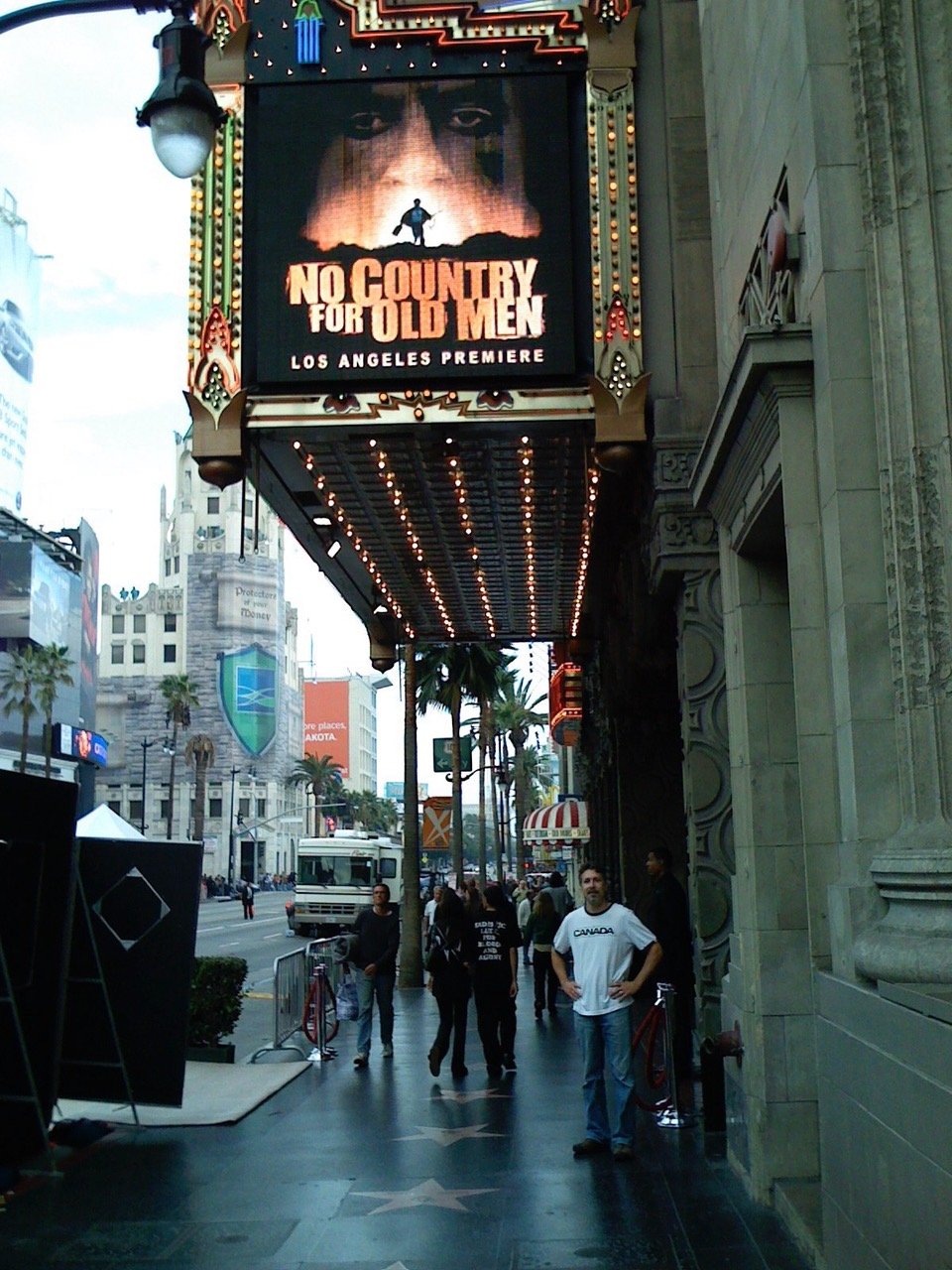 I really enjoy listening to Snarky Puppy these days as well as a Canadian group, Yukon Blonde. Some of my long-time favourites are Tom Petty, Mark Knopfler, Bruce Cockburn, The Allman Brothers Band, Tom Waits and Pat Metheny. I’m currently watching the latest season of Formula 1: Drive to Survive and listen to it at a good level. This year I enjoyed watching the film Dune as well as Drive My Car and Lunana: A Yak in the Classroom

Work within the industry and up for your own Q&A?

We would love to have a chat with you.