The client contacted Zebra to discuss ideas of whether to upgrade the AV system of an existing bedroom/media room or to have a dedicated home cinema in the triple garage of the property. His main AV enjoyment was watching sporting events with his friends and gaming and watching TV Boxsets and movies with his partner.

It became apparent that the garage conversion would result in a much better space for entertainment. The plan was to convert the double portion of the garage and leave the single part for storage. We worked alongside the construction team to ensure that noise transmission to the bedroom above and spa room next door was minimised within the specified budget. The principal to this was building a room within the existing garage space and isolating it from existing structures as much as possible. 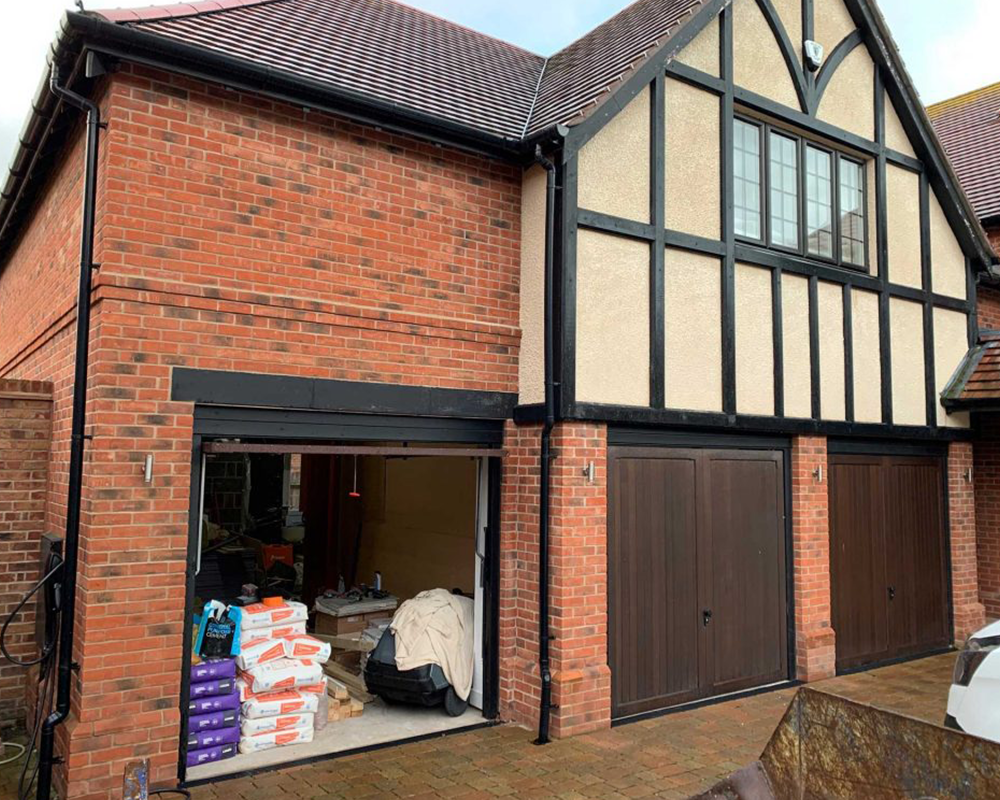 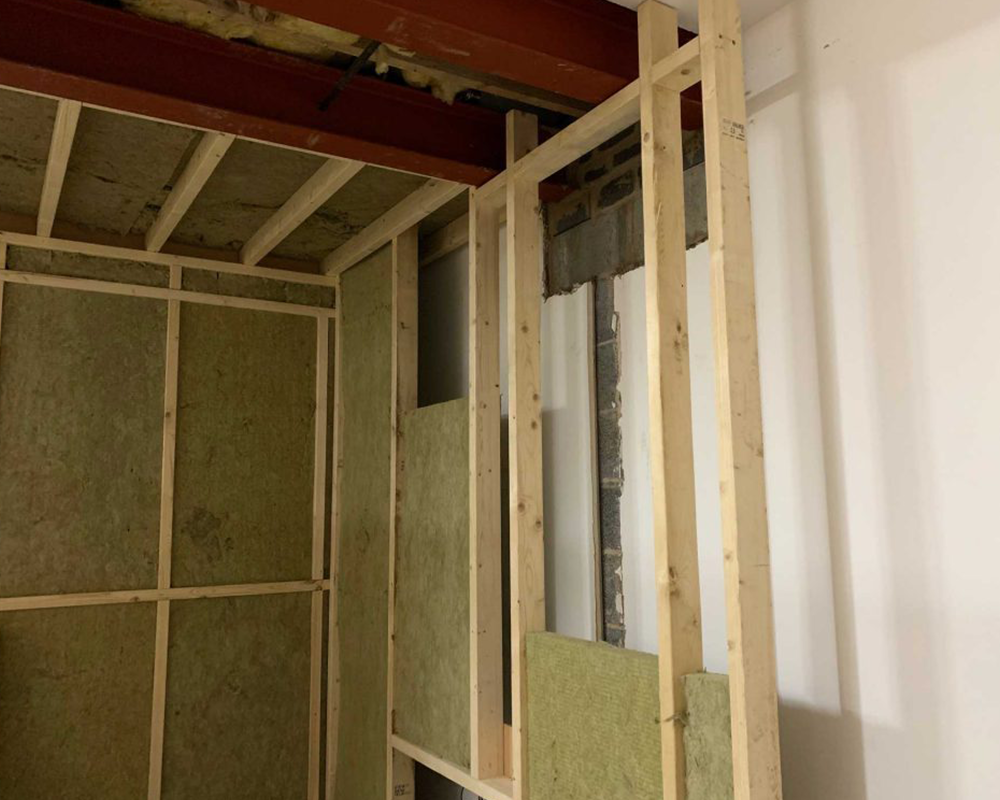 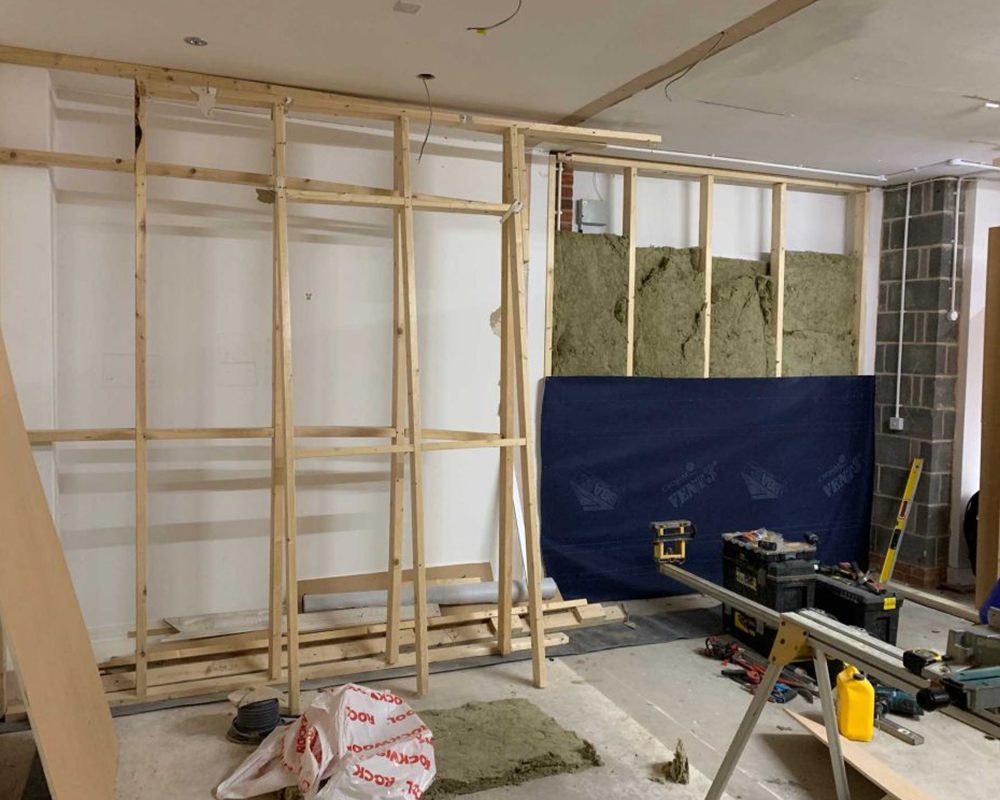 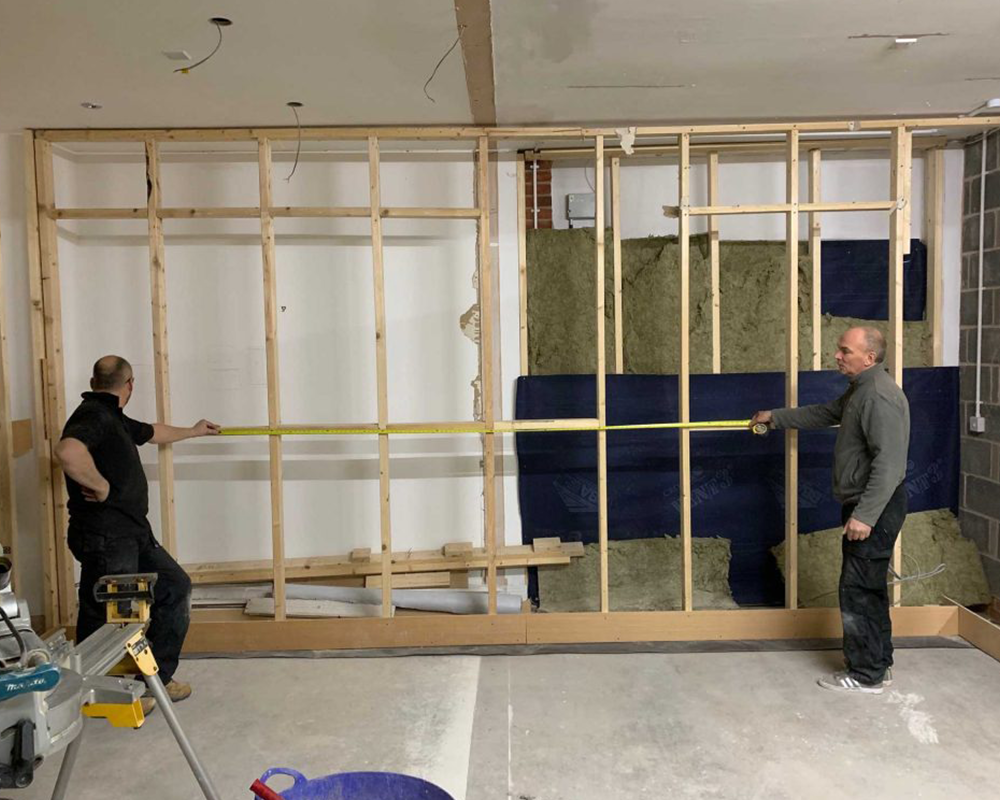 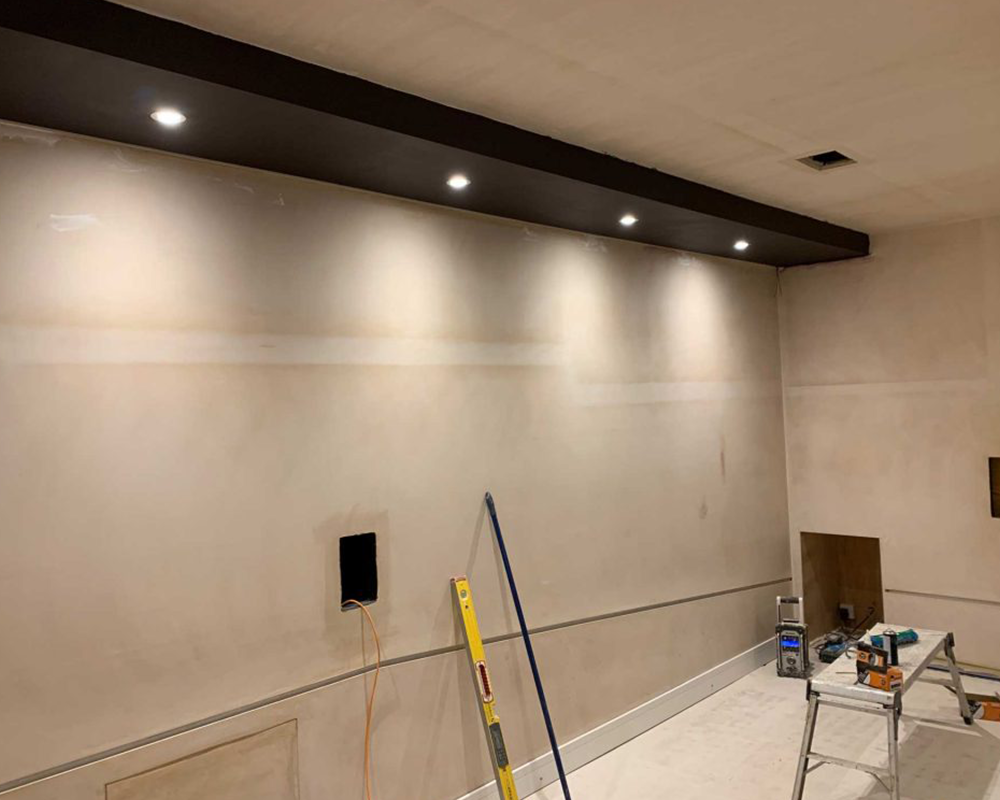 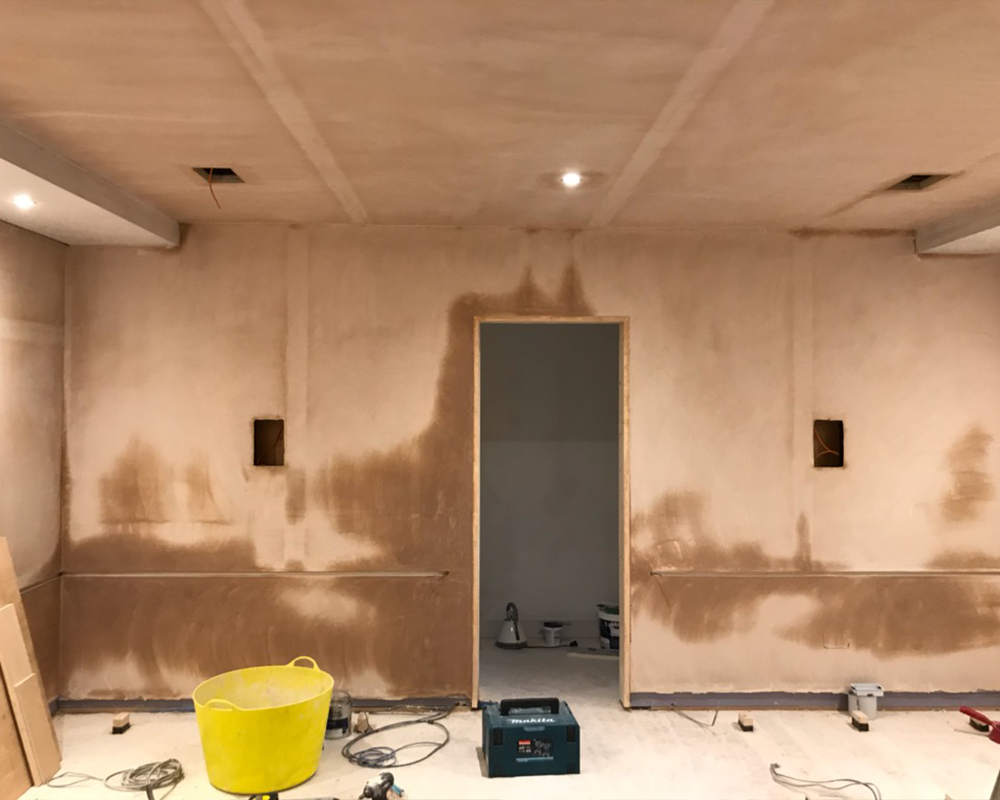 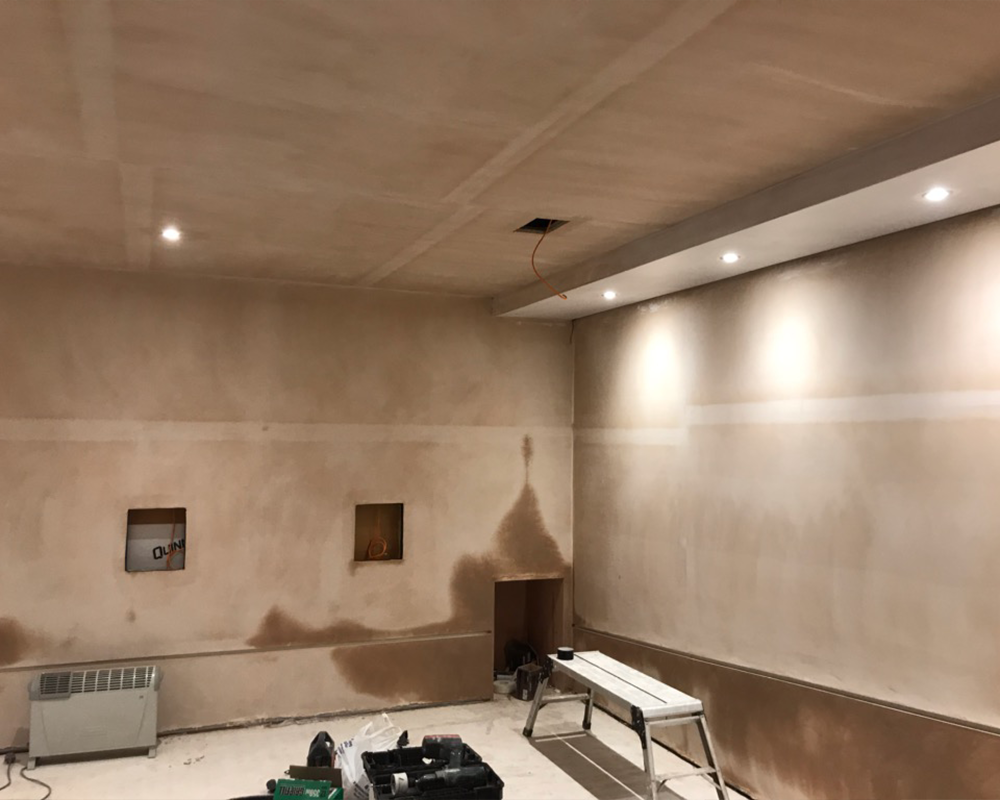 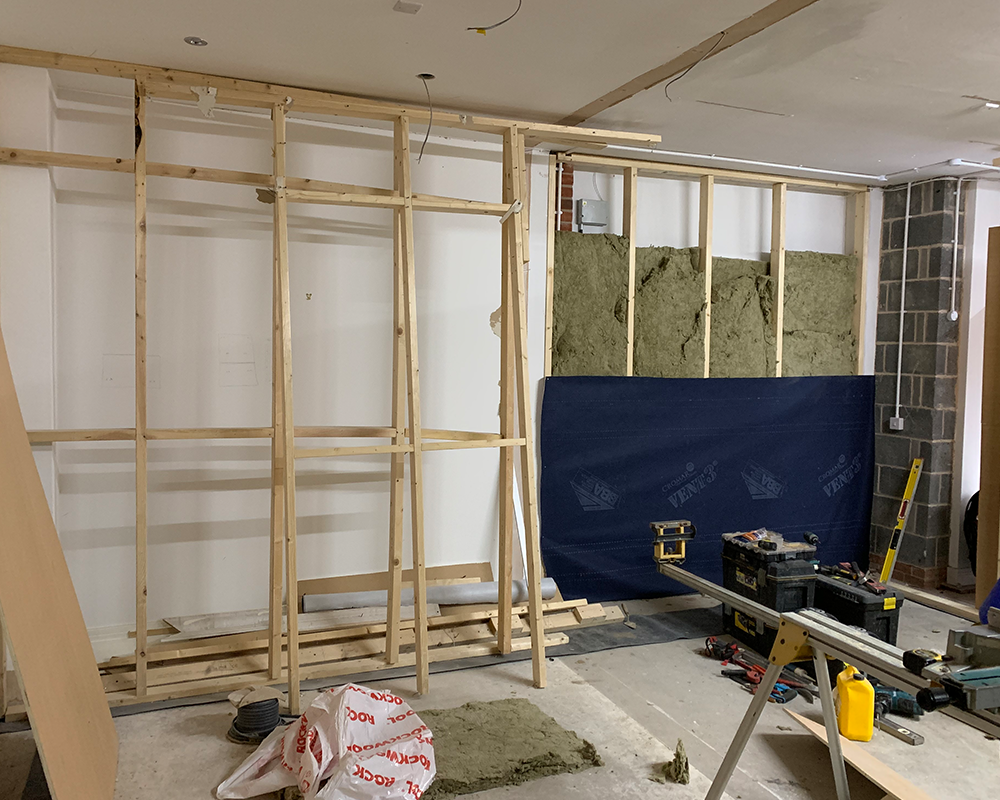 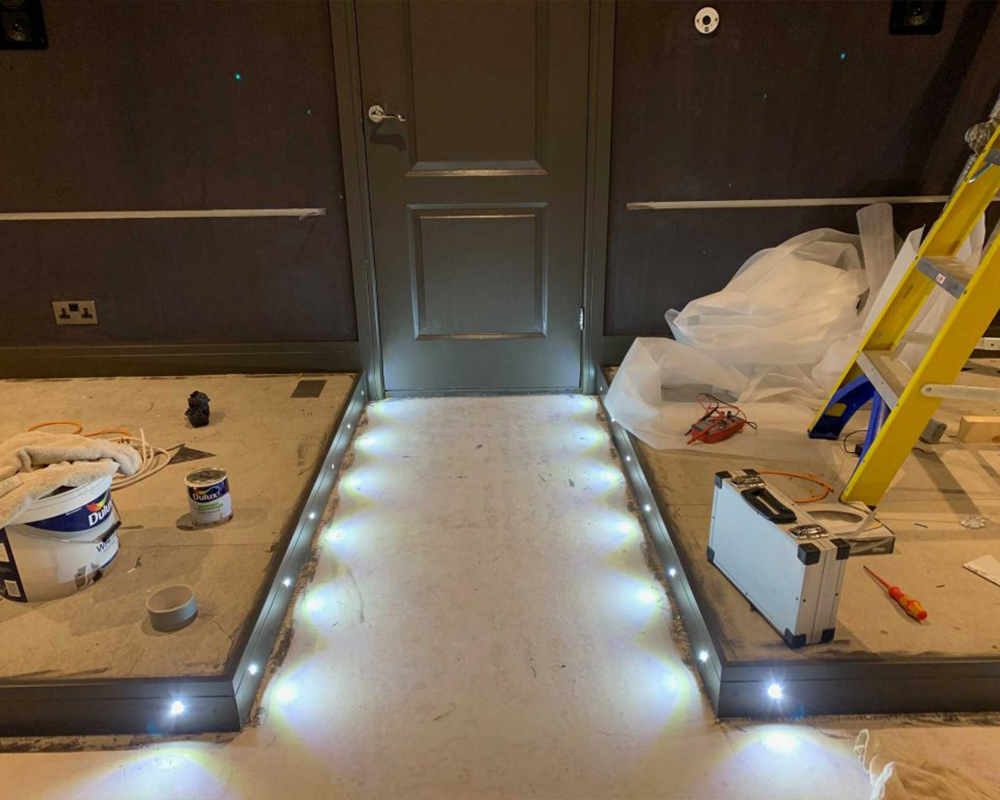 The client was quite specific in his brief – he wanted a minimalistic and contemporary look to the room, hiding all speakers and projector and using dimmable LED lighting to create various moods.

We used an existing rack which the client had installed for his network and CCTV – all the cabling was fed back to this central point. The projector was enclosed in a separate housing in the adjacent gangway and an aperture formed to allow it to project into the cinema room.

The client preferred a 16:9 screen as most of the content he enjoyed was presented in this format. The frame was constructed to incorporate the in-wall front speakers and acoustically transparent screen. Enclosures were created to allow the subwoofers to be hidden in line with the front frame.

We used M&K IW150 front speakers in combination with a pair of powerful X12 subwoofers – the 150 series have been used for almost 3 decades in music and movie post-production in many Hollywood and London studios. We also used in-wall surround and in-ceiling speakers for a fully-immersive 7.2.4 configuration, powered and processed by Anthem’s top-of-the-range MRX-1120 AV receiver.

The builders constructed raised platforms either side of the entrance gangway to allow for extra seating and we used the space underneath to hide the Xbox console – this needed to be in the room for Bluetooth connectivity to its controller.

The system was integrated with a Control4 EA3 processor and Neeo remote to control all aspects of the AV system, lighting moods and heating. 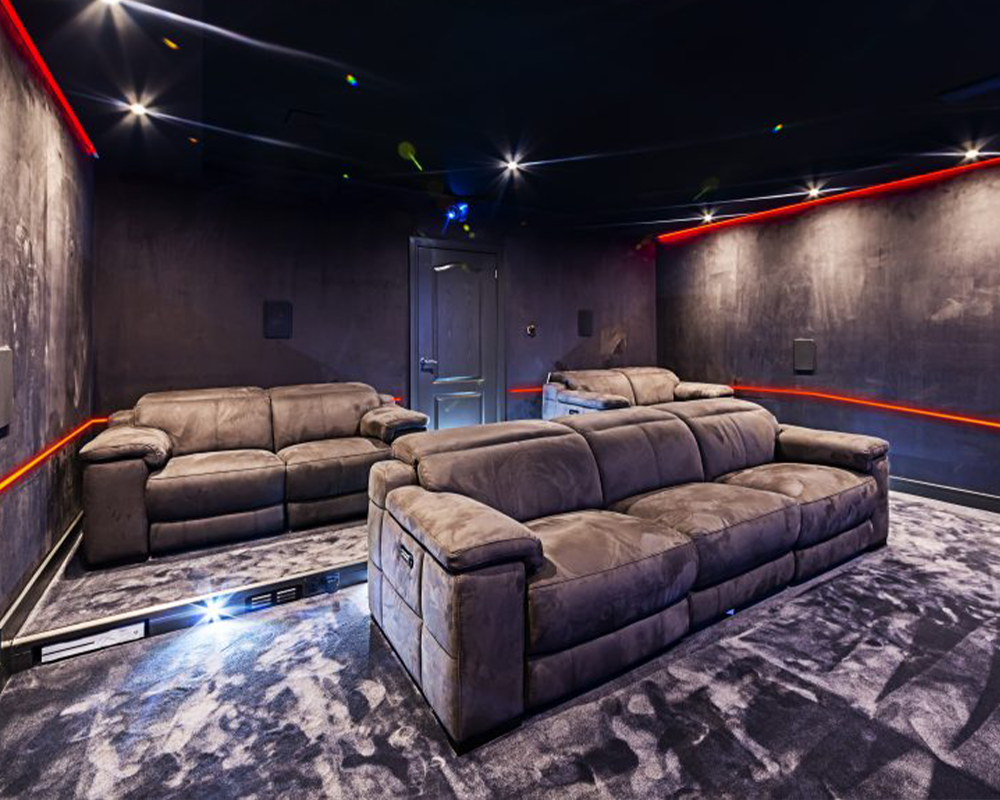 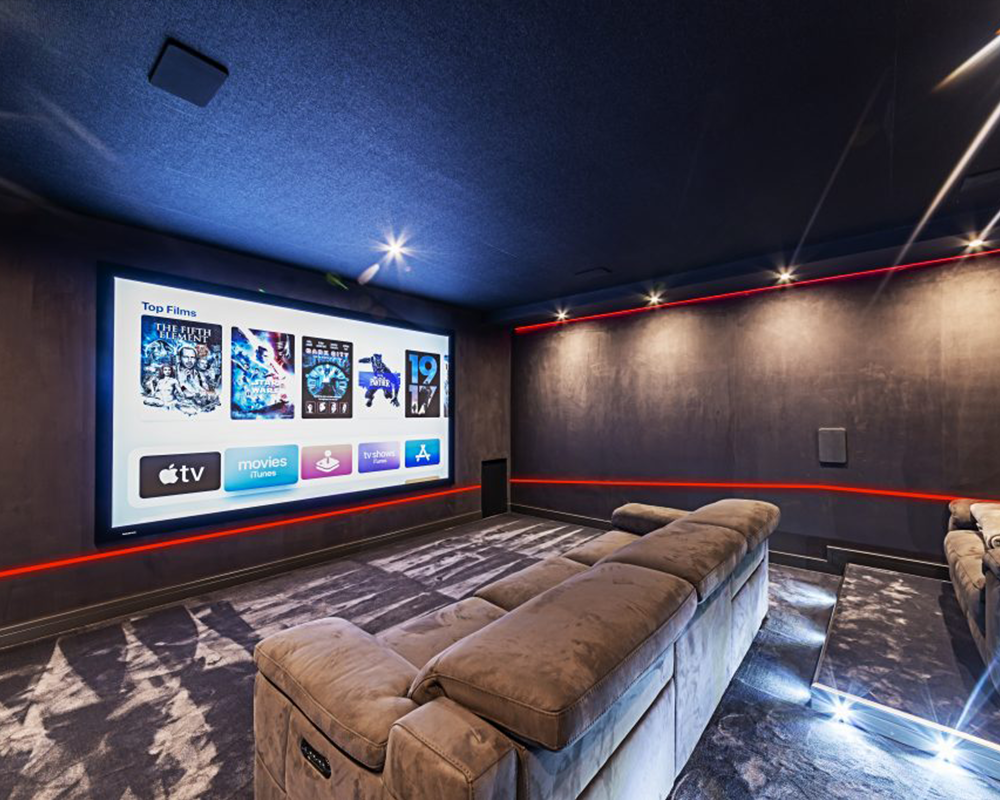 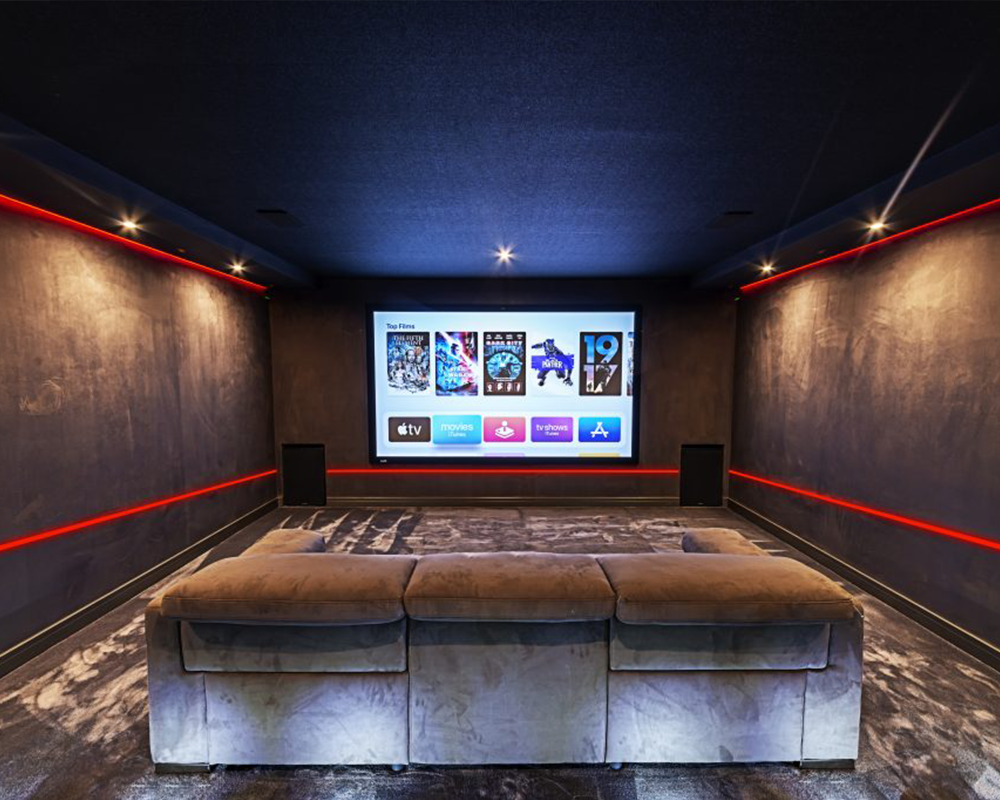 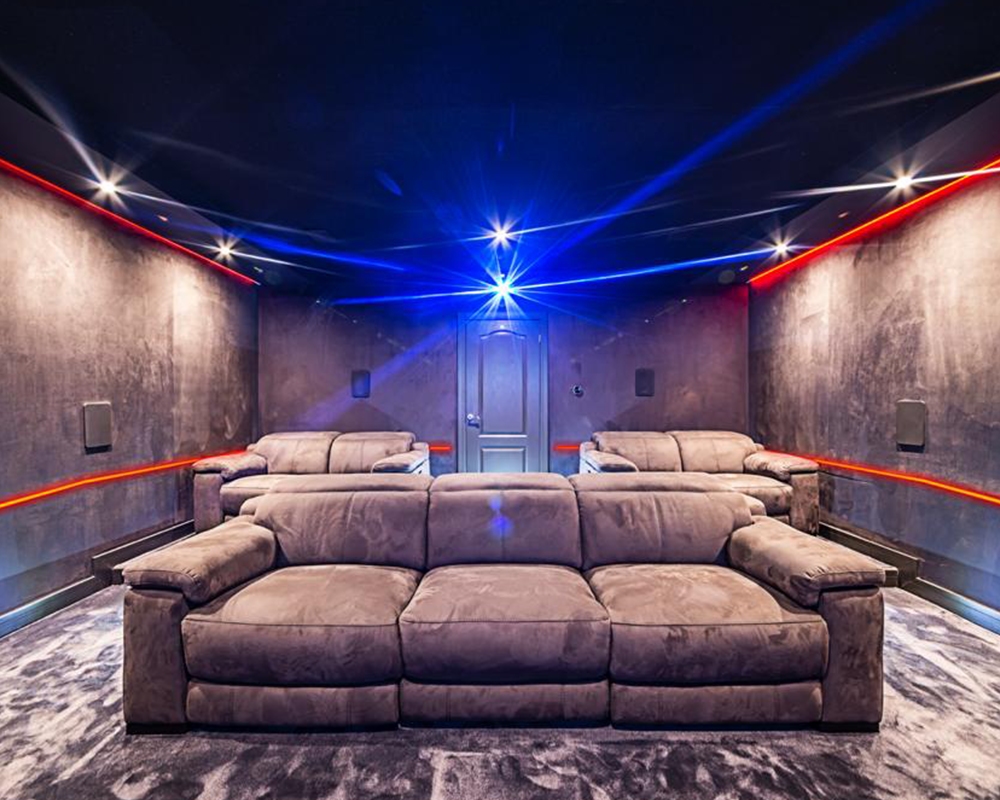 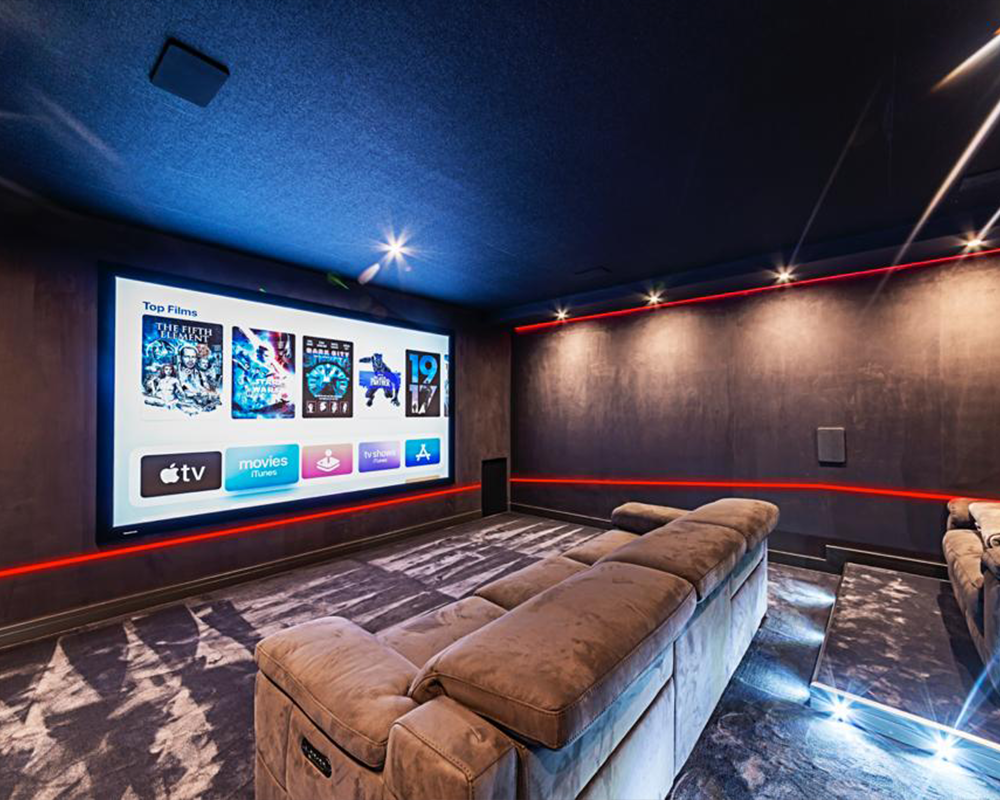