The client and their family recently moved into a modern property which had already been decorated. In fact this was the second project assigned to us by the client in 12 months, having already converted a lounge in their previous home. 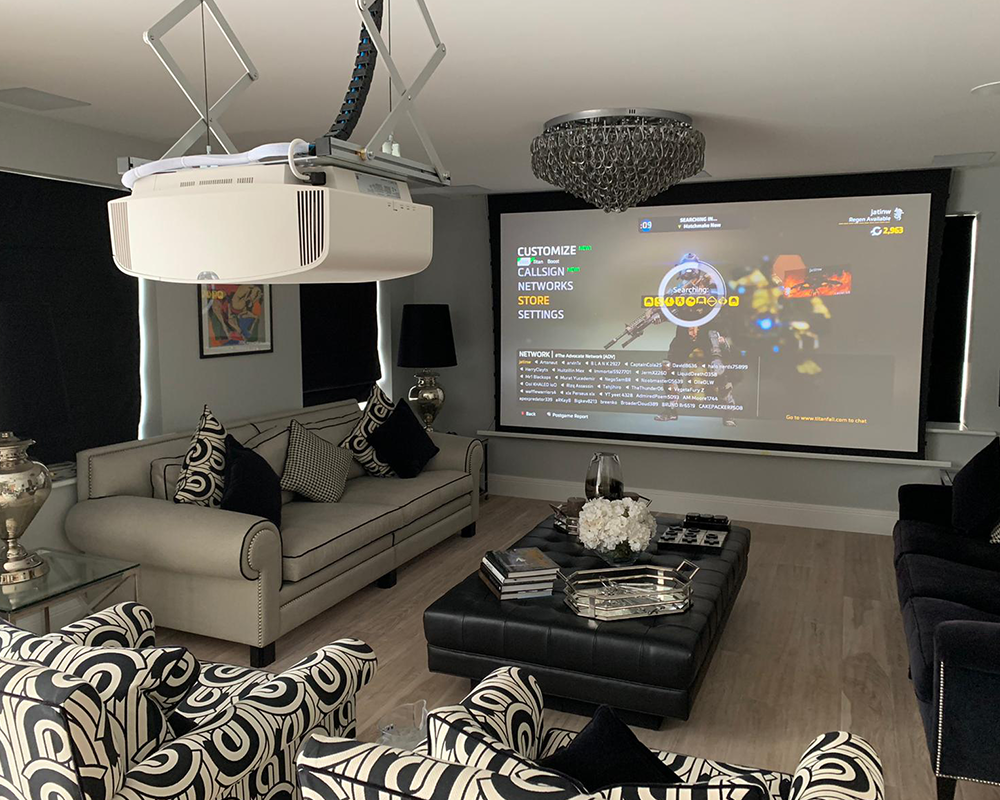 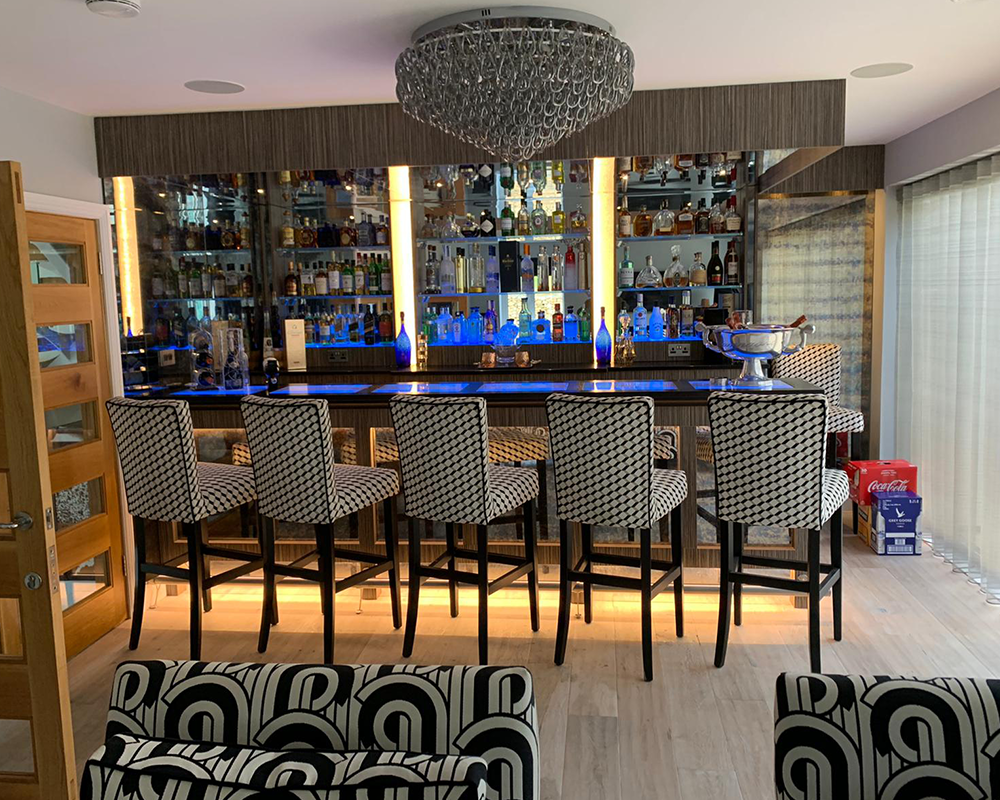 This time, the remit was to incorporate a discrete home cinema system in the existing lounge-bar room for multifunctional use – this would include watching sports, gaming and streaming TV Boxsets and movies. The client also specified that they wanted a native 4K projection but that everything needed to be hidden. The ‘screen wall’ had an existing TV in place and we were advised that the only disruption acceptable would be to use the ceiling rather than any existing walls. 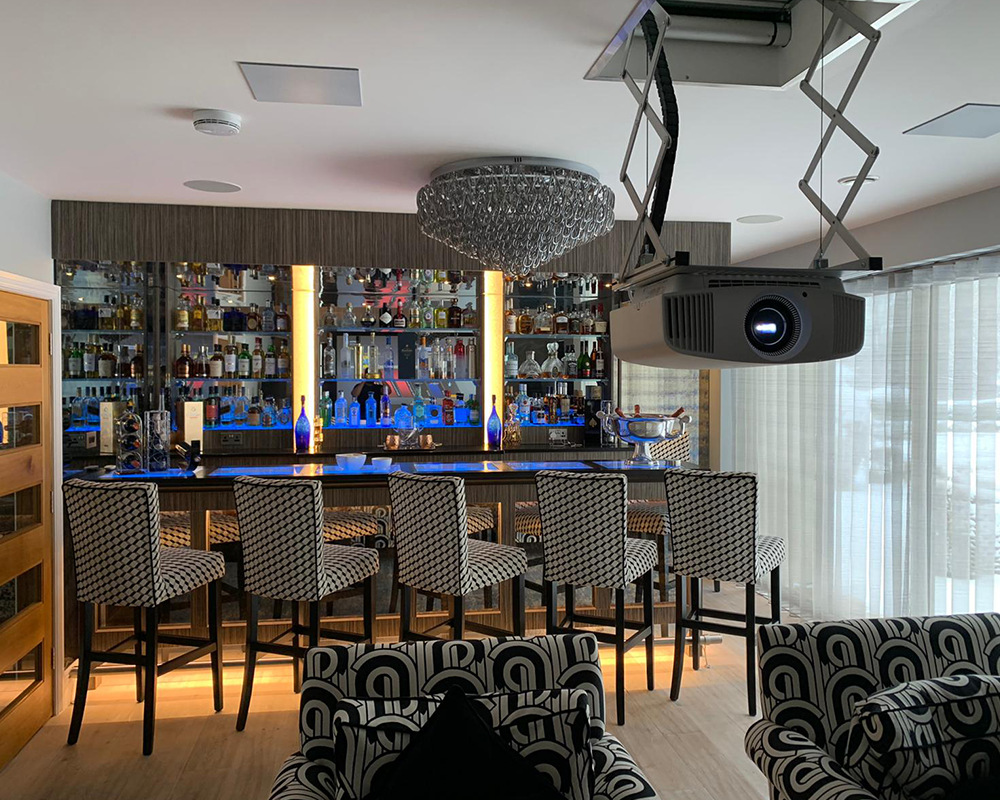 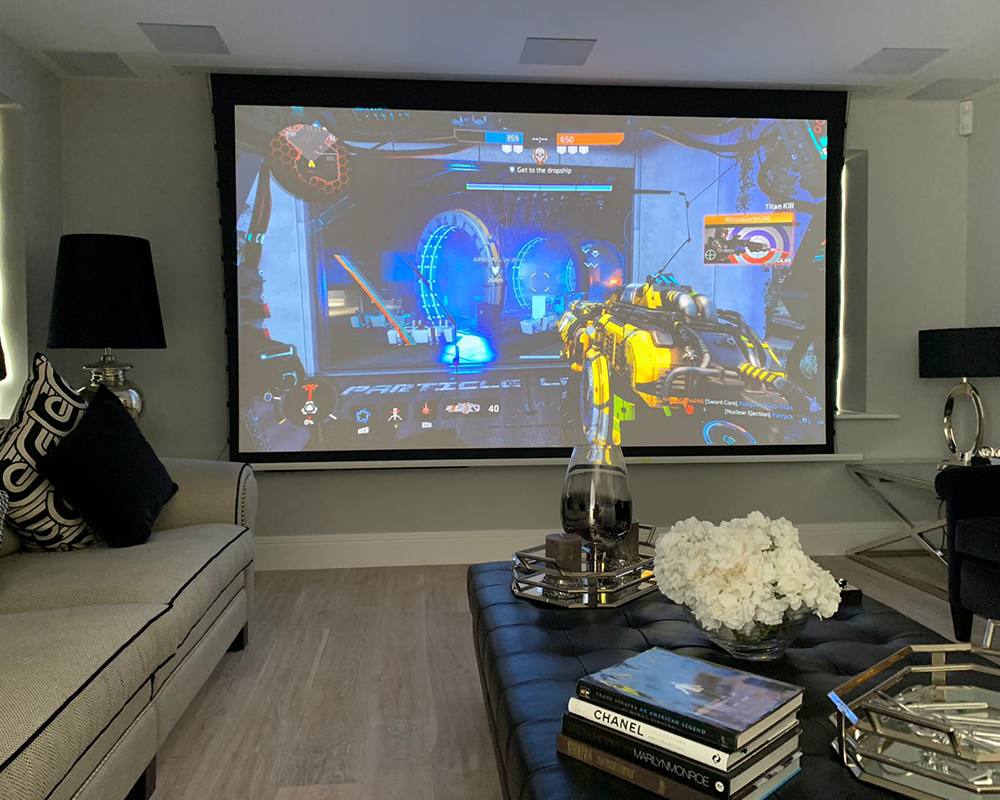 There were a few challenges regarding the projector installation which was met by using a Future Automation PD3.5 lift. The 740mm drop allowed for the projected image to miss the existing chandelier fitting.
We specified the Sony PSE VPL-VW590 native 4K projector for its superior brightness and excellent motion handling for gaming and sports as well as HDR for the latest Ultra HD 4K movies.
The core audio system comprised of 6 Triad Audio in-Ceiling speakers and a pair of in-ceiling subwoofers, powered by the latest Denon 8K Ready AVCX3700 AV receiver.
The complete system was to be controlled by a Control4 EA1 and Neeo Remote.
Finally the electronic components would be housed in a contemporary cabinet from CLIC furniture.