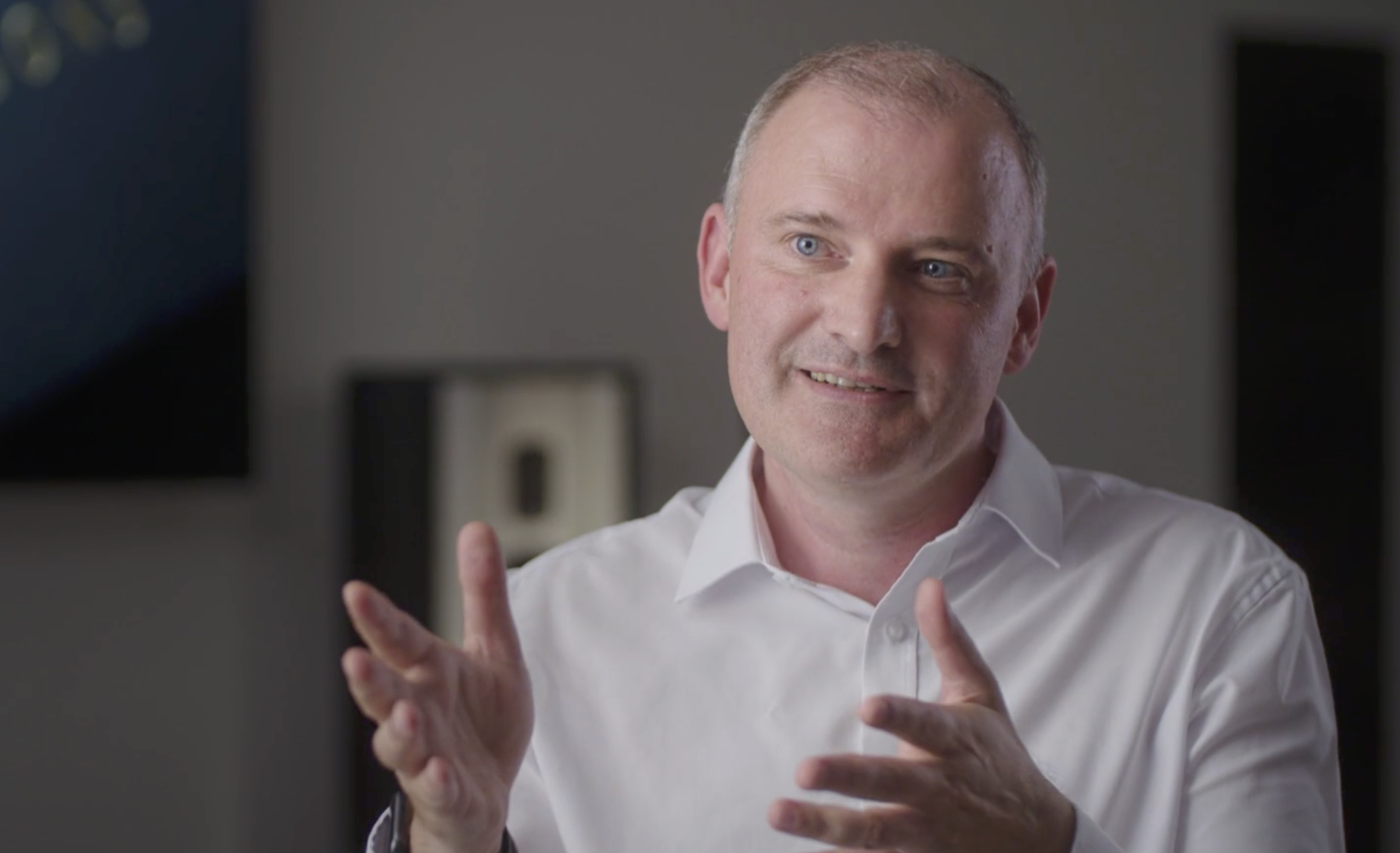 Roland Hoffmann is Product Marketing Director for Steinway Lyngdorf and Lyngdorf Audio, Denmark. He has been in the audio industry for over 20 years, always with one foot in product management and creating new products and the other in product training, marketing and arranging demo events.  His speciality fields are loudspeakers and room acoustics – “working life is very rewarding because I love audio products as much as music.”

Please tell us your background and what led you into the world of Hi-Fi?

Since I was young, I’ve always listened to music and another part of me always strives to make things better. It’s just in me. To quote the band Art Of Noise: “It’s the sound of the sound we’re interested in.” In the beginning, it was something in my spare time but at one point, a very dedicated Hi-Fi retailer took me really seriously as a customer, even though I was very young. Instead of trying to sell me something, he sat me down, we had a coffee, discussed and listened to music and he explained what really matters. Years later after I finished studying product technology, marketing and business administration, I knew I wanted to work in the Hi-Fi business. My lecturer thought I was crazy and regarded Hi-Fi as a thing of the past. I met him years later when he was visiting a Hi-Fi show.

You’ve worked for a number of different companies – what led you to joining Steinway Lyngdorf?

My first job was at Marantz, at a time when the Ken Ishiwata products were at their peak. Ken was a wonderful, inspiring person. Then I worked more than a decade at Dynaudio from Denmark. At that time Dynaudio had been the first distributor for Peter Lyngdorf’s milestone digital amplifier, later known as the Lyngdorf Millennium. I remember taking it home one evening and despite its eye-watering price, there was no way back. It was a revelation in sound quality. I just had to buy it and it’s still a firm part of my audio collection. During all the years at Dynaudio I had different Lyngdorf products at home and was fascinated by what RoomPerfect can do. You could say I always circled around this company and now I’m very excited to be part of this dedicated team. The products are technologically quite advanced yet always in the name of an unequalled music and sound experience. 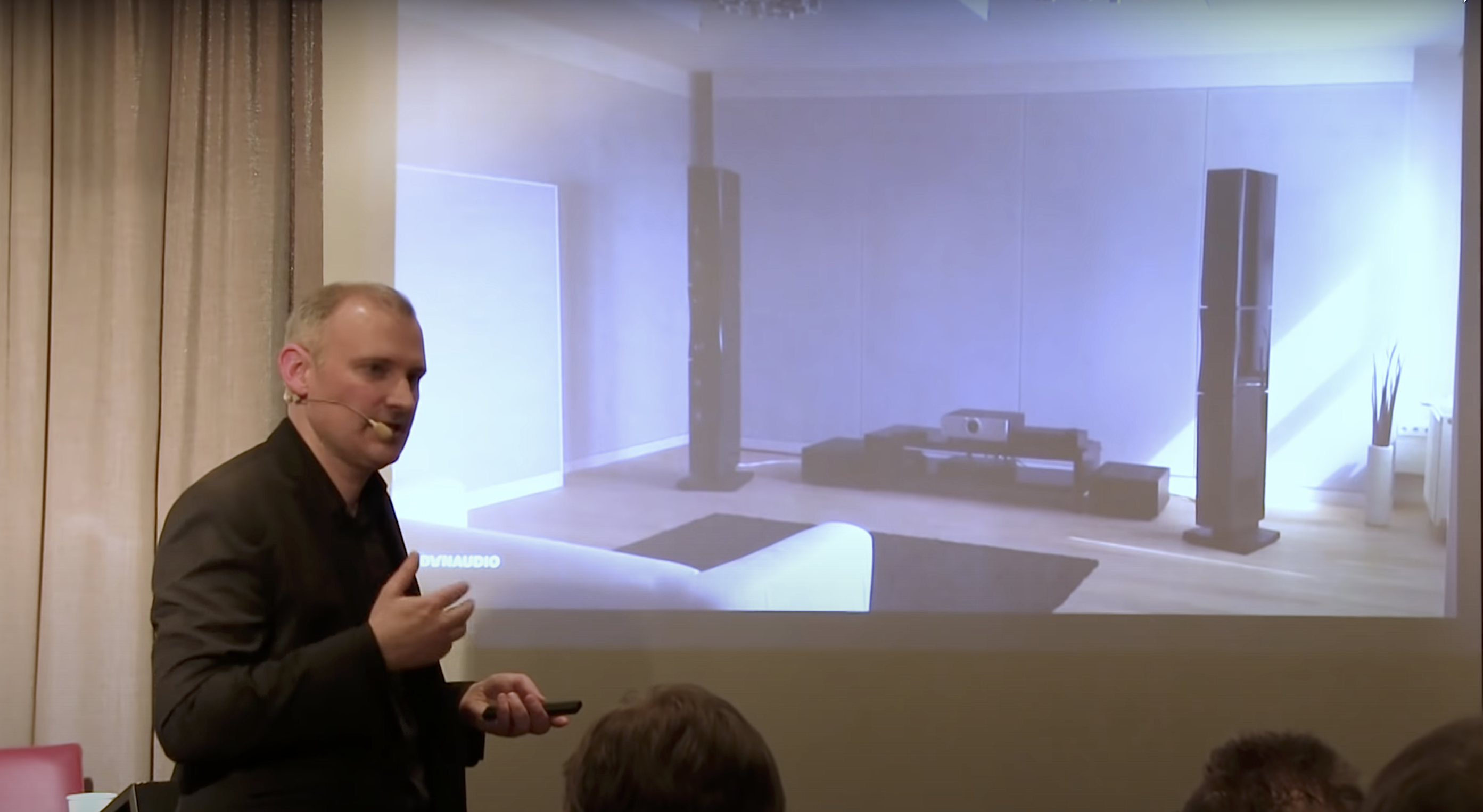 Hi-Fi and even Home Cinema can become a hobby where suddenly the bits and pieces and cables take over and some people spend more time trying to find the right bits and pieces than actually listening to music. A Steinway Lyngdorf system brings back something else: Magic. It makes you slow down, lean back, look at this wonderful loudspeaker and listen. But it takes a lot to get there. Our promise of “The World’s Finest” reminds us of that.

How does the legacy of Steinway & Sons as the world’s finest piano maker, cross over to the world of audio electronics and loudspeaker design?

A Steinway piano has that same kind of magic – you stand next to it, you hear it play and you’re transported to somewhere else. Not even the latest high-tech electronic keyboard can do the same. And of course it’s also about how the products are made. When I’m not at Steinway Lyngdorf in Denmark, I live in Hamburg, actually only a few minutes away from where Steinway & Sons was founded and where they build their wonderful pianos. The attention to detail is breathtaking, and you’ll see a lot of that in our loudspeakers and even electronics. 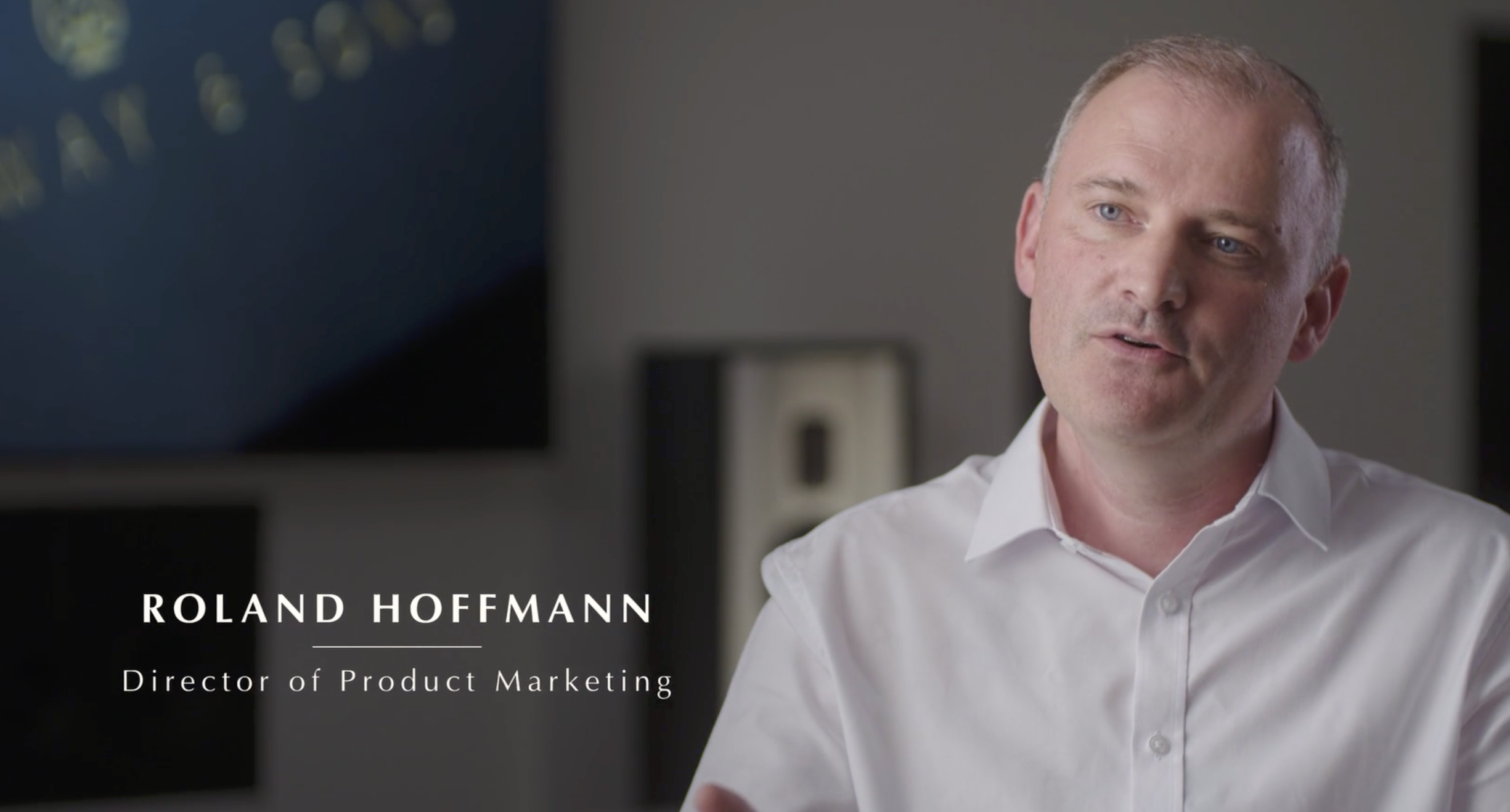 Loudspeakers and electronics for music and those for movies are different – what’s your take on this?

Technologically there might be differences but ultimately it’s not so different because our ears are the reference. The keys of a piano or a singing voice must sound as natural and real as, for the sake of contrast, a Seismic Bomb or James Bond crashing his Aston Martin. Do we always know how real it really is? No, but we feel it and we’re always able to hear when something is better. Additionally, our loudspeakers often have to perform in a very specific room layout or installation and it requires a lot of engineering to achieve this level of sound quality in anyone’s home. 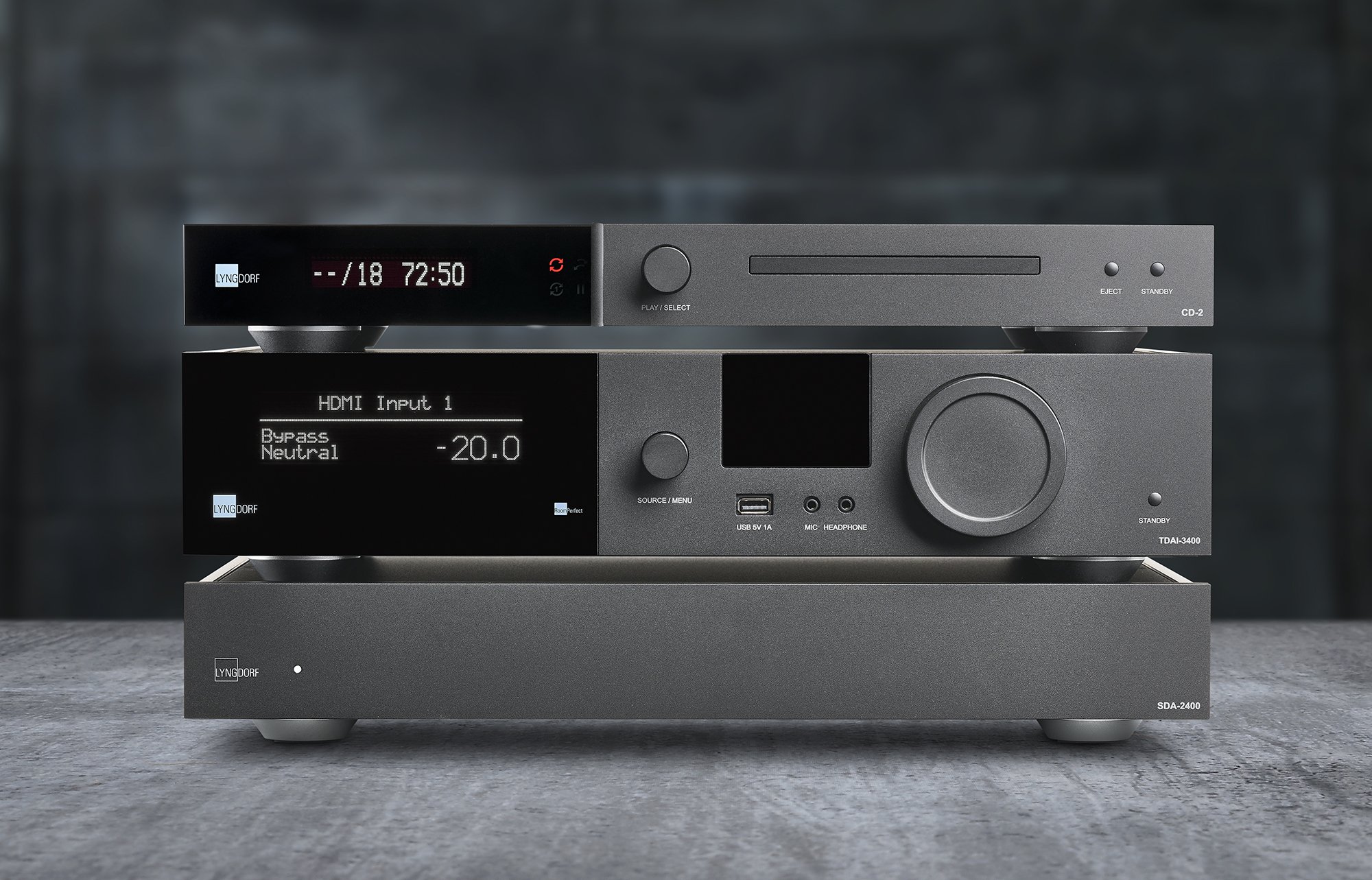 Do you own a Steinway System? If so, please tell us which one. And if you don’t, which one would you choose for your home and why?

I have Lyngdorf electronics at home, ranging from the TDAI-3400 digital amp to the MP-60 processor, while every month when I’m at the Lyngdorf Audio headquarter in Skive, Denmark, I have the luxury of a 7.2.4 Steinway Lyngdorf system becoming my second room. I’m dreaming of a pair of Steinway & Sons Model B loudspeakers one day. It’s an unbelievably three-dimensional sound experience, way beyond what other stereo speakers are capable of. 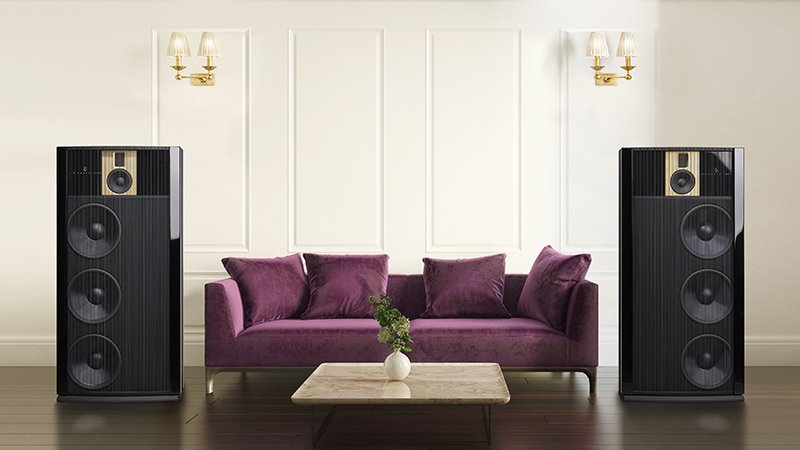 Can you recommend a few pieces of music which would easily demonstrate the difference between a Steinway System and any other high-end audio system?

It would be easy to recommend a nice Steinway & Sons piano recording, preferably from their own record label, since that marked the beginning of Steinway Lyngdorf – a loudspeaker where musicians couldn’t discern a difference between a piano and a loudspeaker. I’ll be more courageous and recommend some challenging electronic recordings which are produced so immaculately that it takes the very best digital amplification and dynamic speaker capabilities to reproduce these sound effects. Remember, there are no microphones involved, so these guys can do whatever they like and the speakers have to cope. Furthermore, many people think that electronic music contains no room information but the sound engineers programme every sound effect to appear at a very specific point. RoomPerfect cleans it all up, makes the bass well defined and audibly improves imaging and staging. That’s what these types of recordings need: 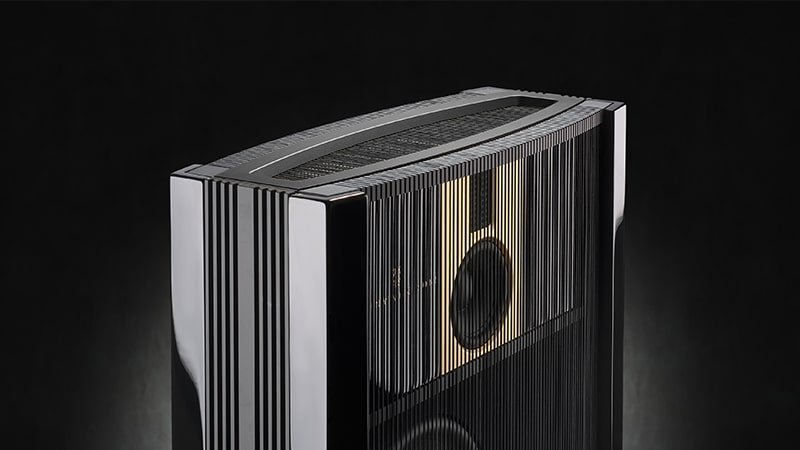 What exciting developments can you share with us for the near future?

As already previewed, we’ll finally start producing the MXA-8400 power amp this year. We will bring HDMI 2.1 hardware upgrades to our processors and even extend our loudspeaker portfolio. For our stereo amplifiers and processors we’ll continue adding new features by firmware updates so that our products keep their value.

Finally, would you share some of your favourite music and movie titles please?

So many to choose from and new ones come out every month. So my first recommendation would be to listen to new music, watch new movies and listen for the differences in quality when choosing audio components.

Charlie Hunter – Who put you behind the wheel?
Album: Everybody has a plan until they get punched in the mouth, 24/96
He’s playing an 8-string Jazz guitar.

Peter Gabriel – Washing of the water
Album: US, 24/96
A rather safe but really good recording. I always come back to this one.

Namanja Radulovic – Caprice for Violin No. 5
Album: Paganini Fantasy, 24/96
If his intense playing doesn’t give you shivers you need new speakers.

Claudius Conrad, Chopin – Nocturne in C-Sharp Minor
Album: Healing Hands, Steinway & Sons, 24/96
“Dr. Claudius Conrad performs pieces designed for healing, which are then played live in his OR as he operates.”

Danish National Symphony Orchestra – Diva Dance, The Fifth Element
If you know the movie you know it’s impossible to sing live. But she did it.
Album: Galaxymphony, 24/48

The Dark Knight. It’s relatively old now, but won Best Sound Editing at the Academy Awards for a reason.

Gravity. They say there’s no sound in space. Nevermind, the immersive sound is great.

Wall-E. When there’s almost no dialog, sound effects have to create everything.

Greatest Showman. Not the deepest story but great music and sound performance.