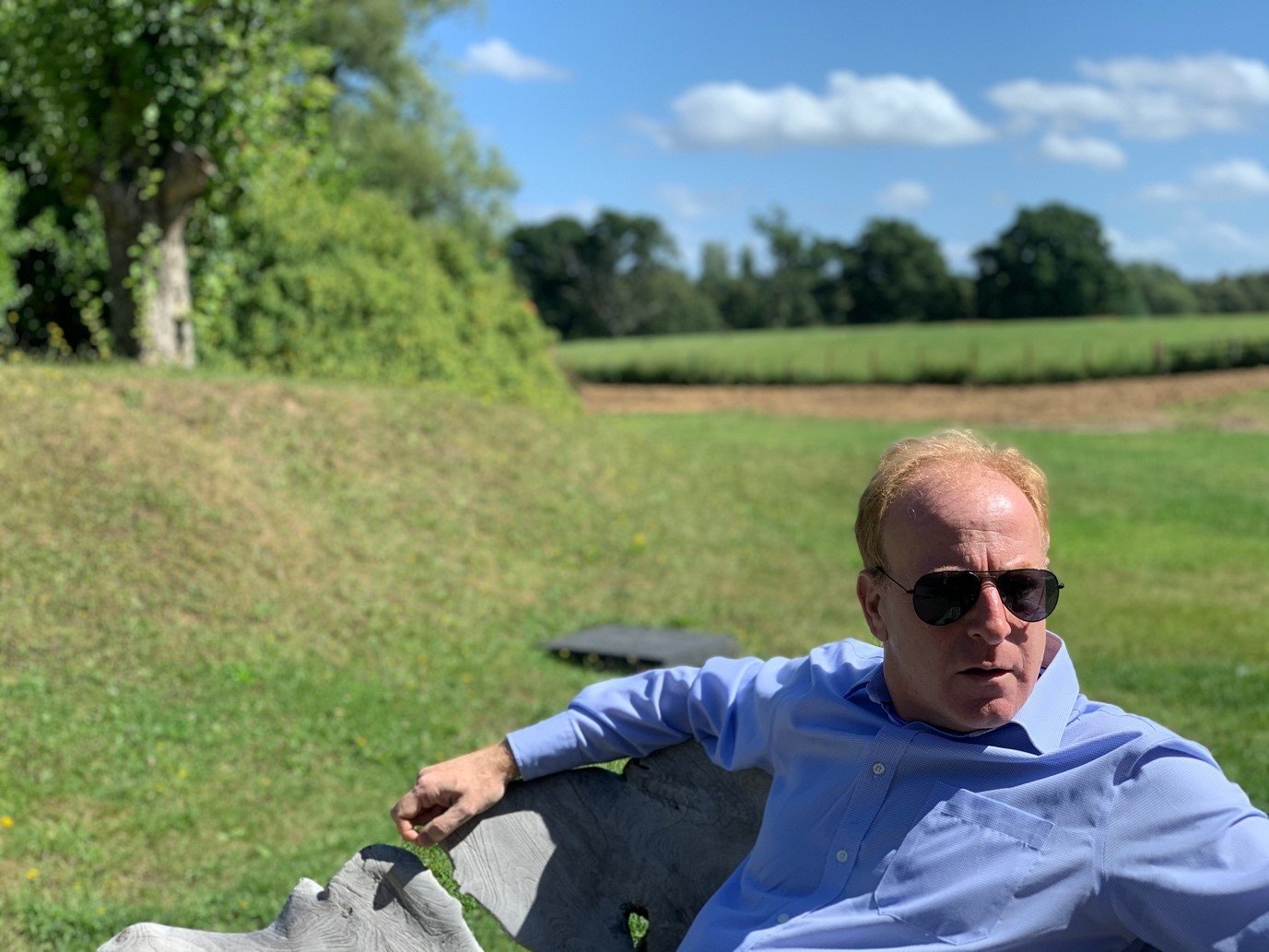 Martin is a regular contributor for Home Cinema Choice magazine, Cinema Technology Magazine and Essential Install magazines, plus other UK-based print publications. He is also News and Features editor for US-Based Home Theatre Forum. Before his contribution to the publishing industry, Martin worked as an executive in films for many years, having moved to California in 1995 to join a division of Lucasfilm Ltd. He has featured in many famous films, including roles in Steven Spielberg’s War Horse (2011), and Paul Thomas Anderson’s The Master (2012) and Inherent Vice (2014). He has also co-starred in TV shows Mad Men (2013), Conan (2012) and Filthy Preppy Teens (2015), and can be seen as a regular performer in will Ferrell’s online comedy troupe Funny or Die.

Martin, please give us an outline of your background and your involvement with THX & Lucasfilm.

In the early 1980s, I studied drama at Guildford School of Acting, now part of the University of Surrey. After dabbling as a performer for a while doing some plays with BBC Radio 4, various voice-overs, and some small roles in British TV dramas, I got the flying bug in 1990 and joined Virgin Atlantic Airways. The plan was to get onboard with VAA because the company was offering half-paid leave to aspiring pilots who wanted to kick off their training (there was quite a shortage of airline pilots in those days). After securing a private pilot’s licence in San Diego and starting to put some hours towards an instrument rating, I had to go back online because I didn’t have access to the bottomless pit of funds which would be needed for a commercial licence.

I continued to fly backwards and forwards to cities in the US and Asia for a happy three or so years on Branson’s 747 fleet. During that time, and having been an avid movie fan since childhood, I was a regular visitor to my local THX Certified cinema at UCI in High Wycombe. I was blown away with the sound quality of the #1 screen and decided to contact the very receptive people at Lucasfilm, who asked me to come and visit them at Skywalker Ranch when I next visited San Francisco. With my employee allocation of free flights from Virgin, this was easily arranged. After two years and several meetings later, I eventually walked in the door of the Marin County facility as an employee. 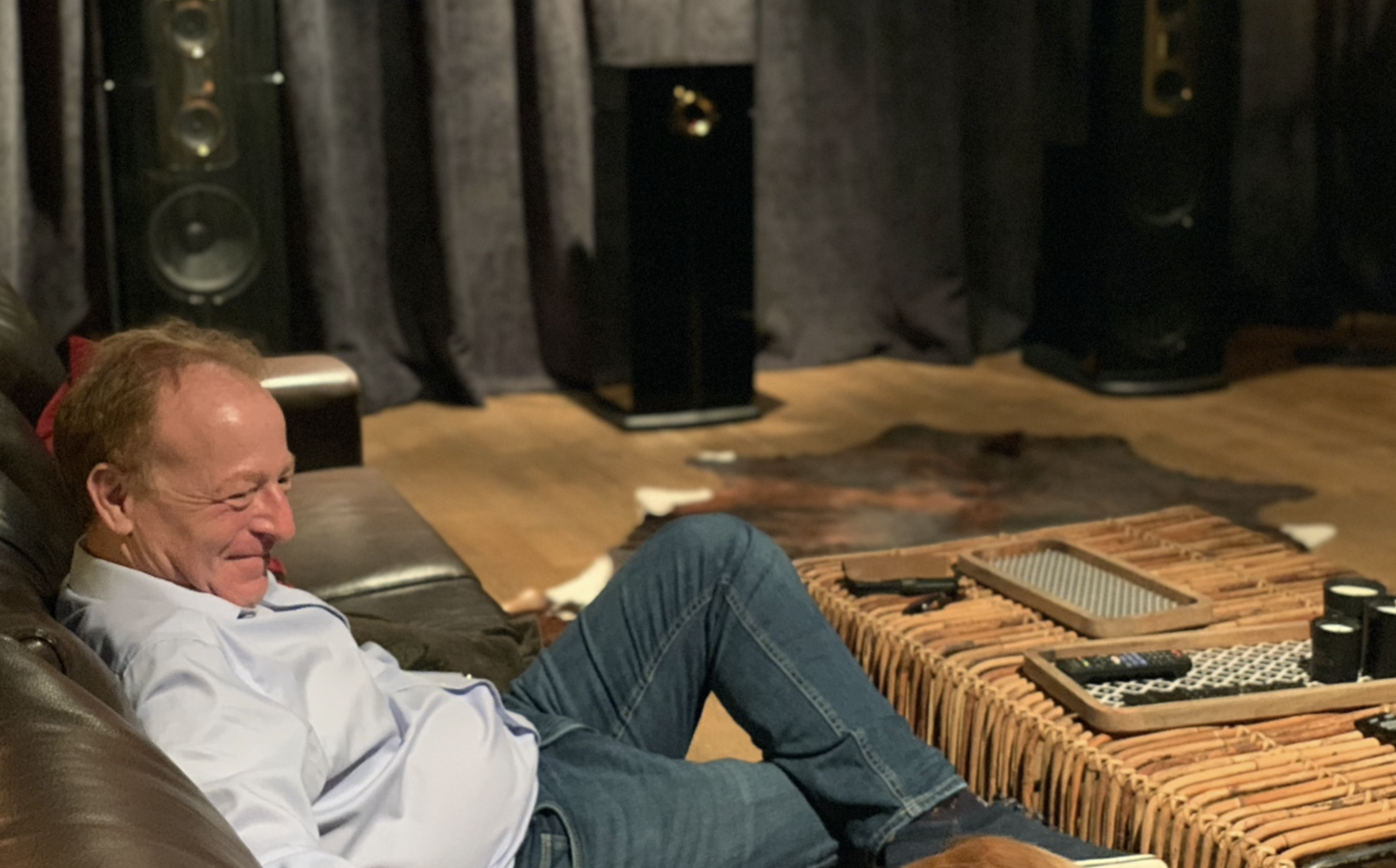 If you can imagine yourself at your desk in just about the most ideal and exquisitely pastoral environment in existence, then you pretty much have Skywalker Ranch summed up. I think we all knew we were in rarefied air in those hills of Marin County and being so close to the creators of Star Wars and Indiana Jones was a magical feeling. I would describe THX as a convivial group of people, all sharing a common goal, and our work-life often formed the basis of our social life too. We had three restaurants to choose from on the campus, none of which was a short stroll, so lunch hour was rarely one hour either. With that said, we often came in to work early and left late. 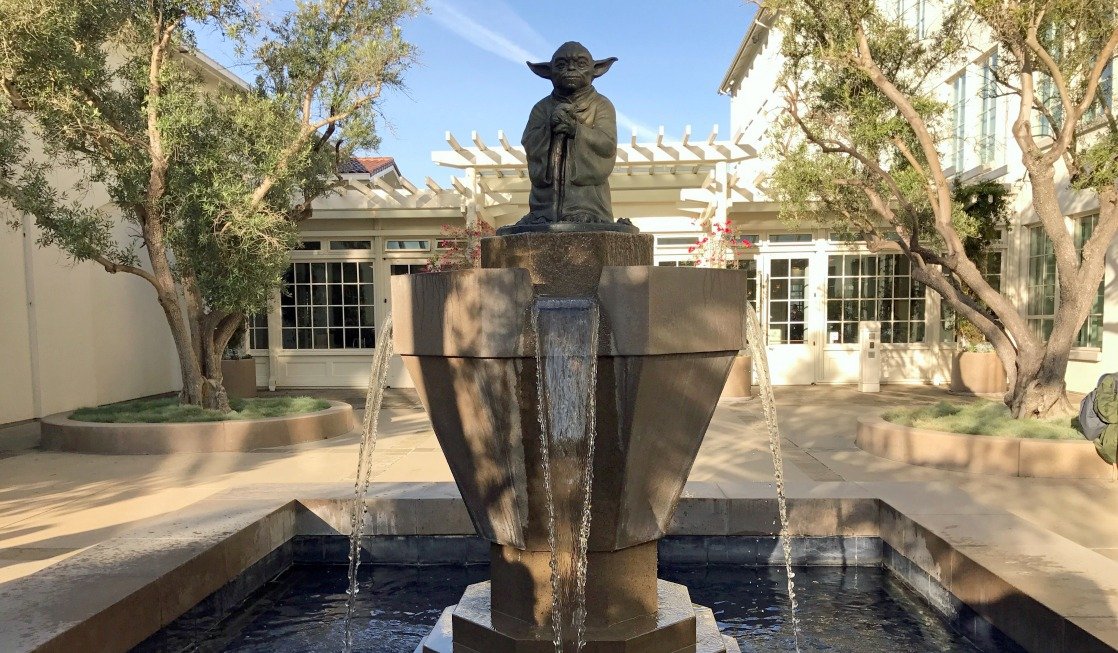 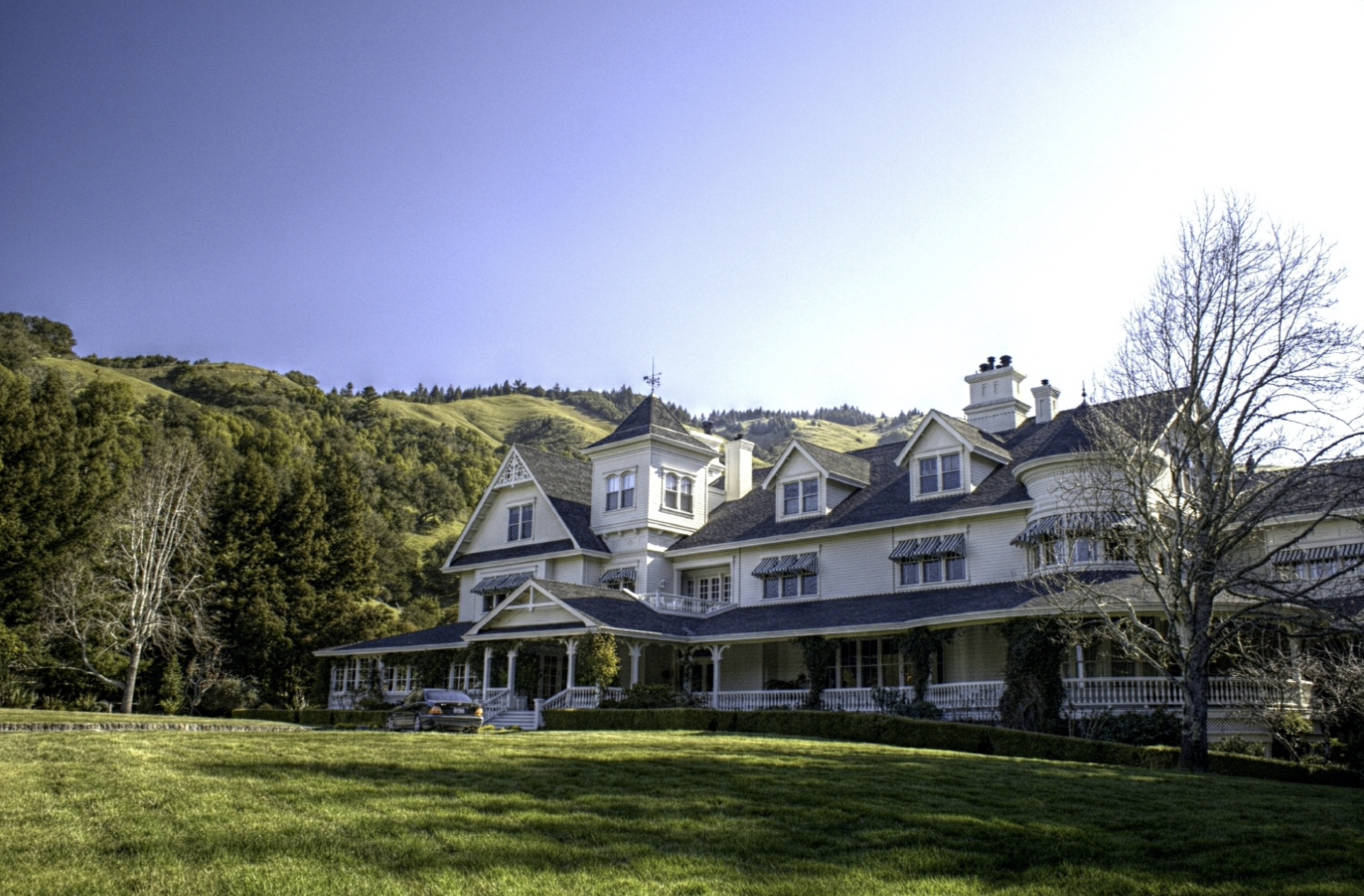 Skywalker Ranch is a movie ranch and workplace of film director, writer and producer George Lucas located near Nicasio, California, in Marin County.

As I worked in marketing for the first few years, I got involved in some fun projects, including Star Wars character public appearances, and was lucky enough to get gig as a featured extra in The Empire Strikes Back Special Edition. I also organized and hosted visits to the Ranch for HRH Duke of York and Robbie Williams, and got to help out our chairman GWL on a few projects. 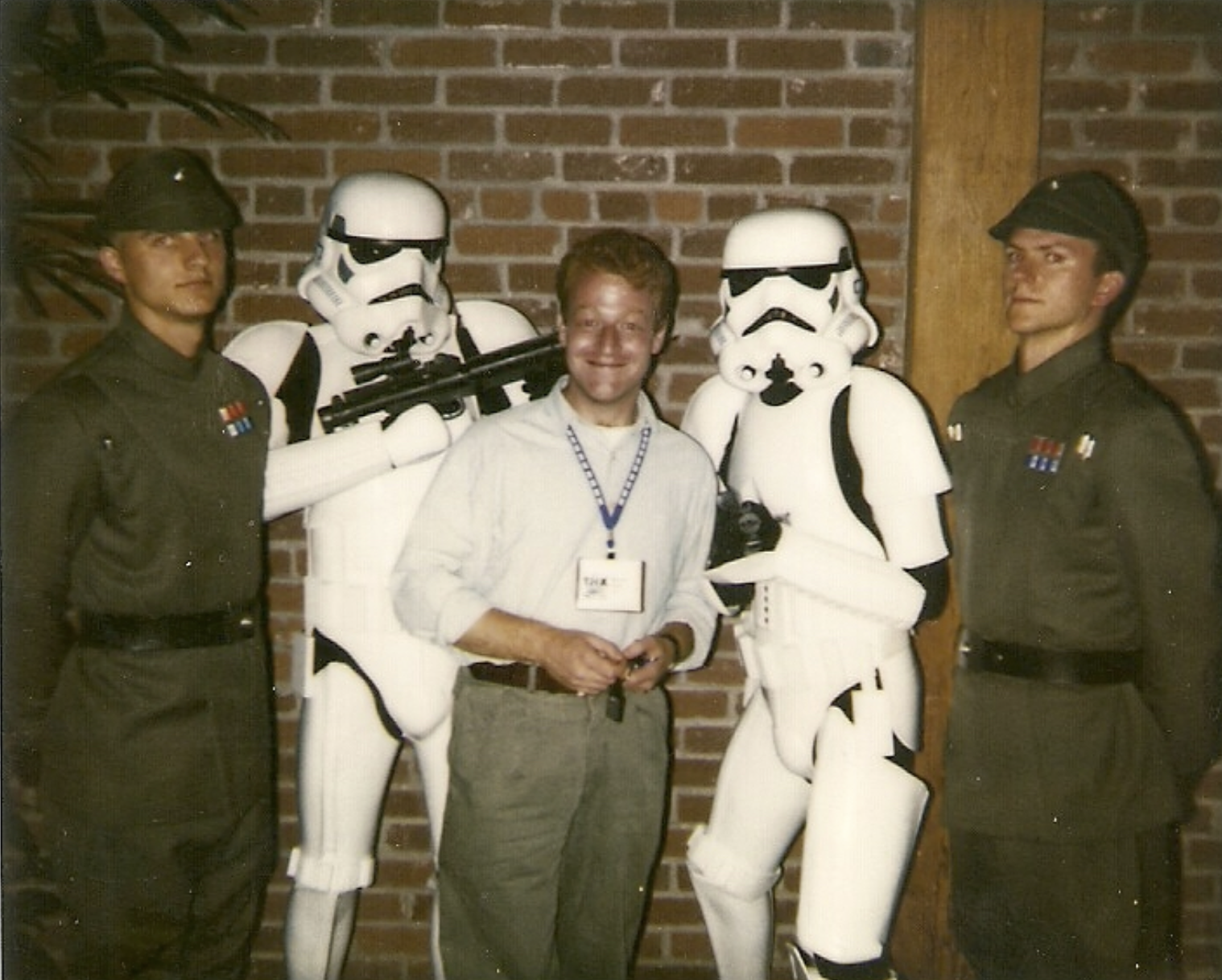 Martin posing with some Imperial Troops during Star Wars Promo 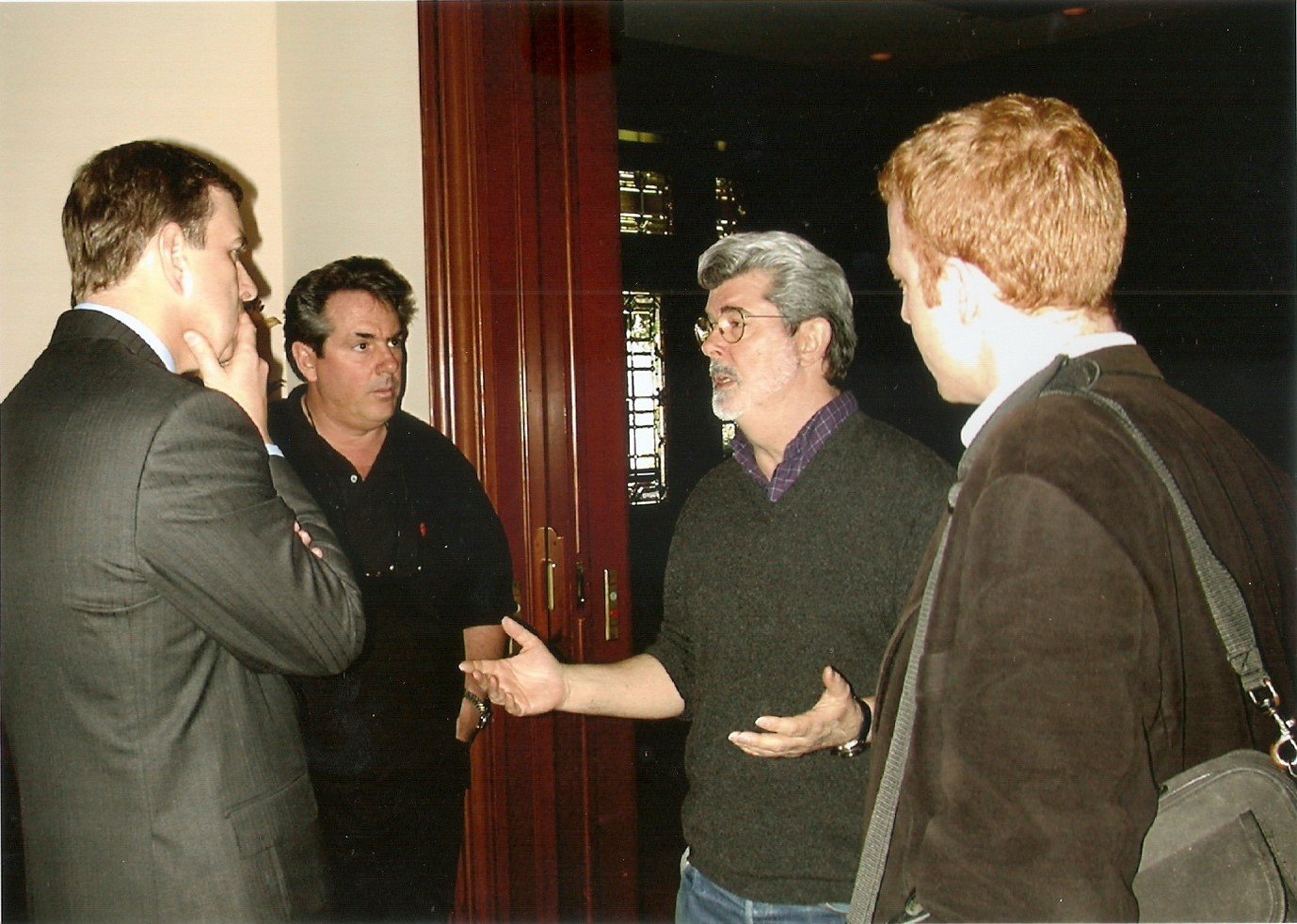 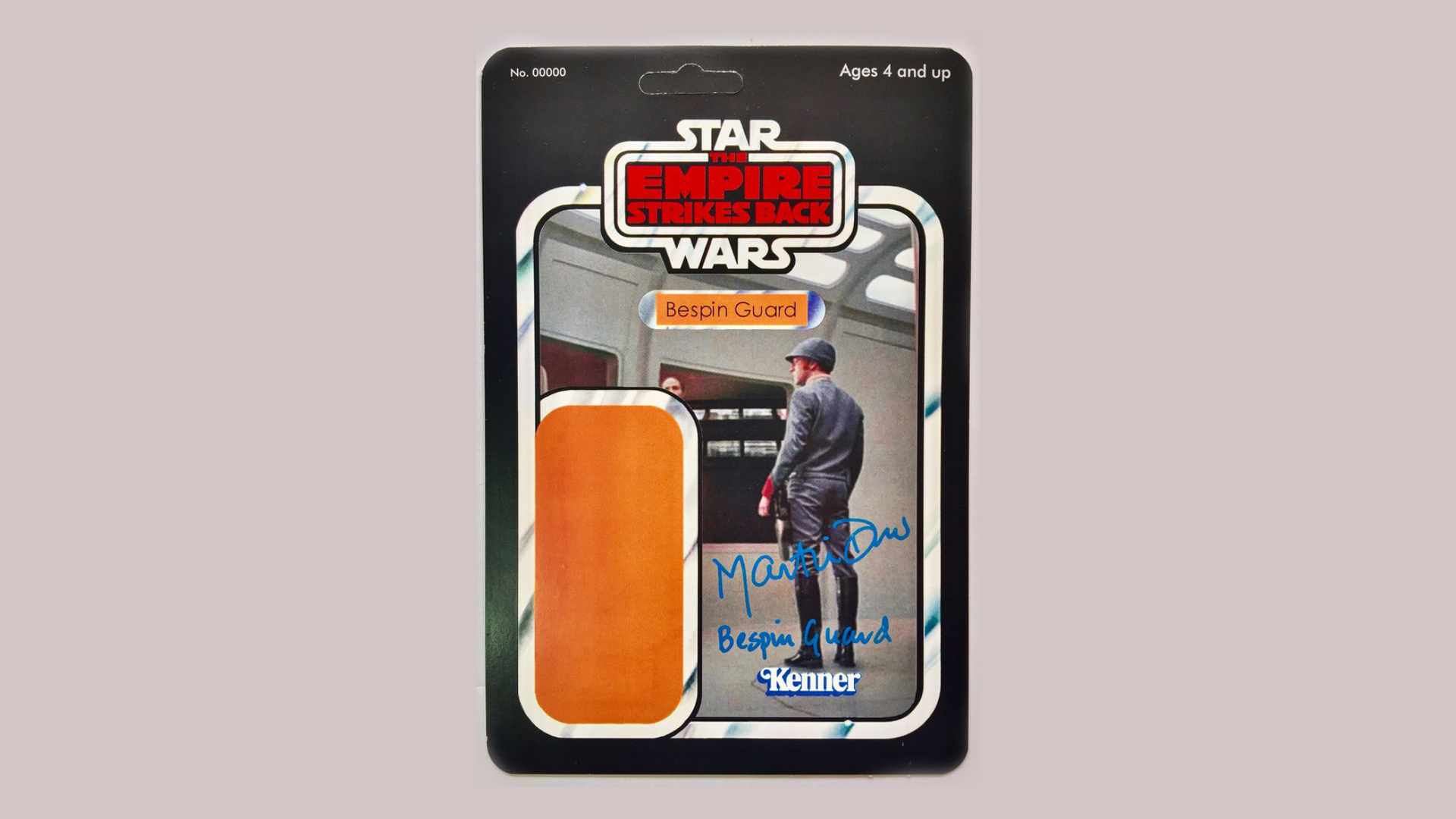 Martin even has his own action figure as a Bespin Guard from The Empire Strikes Back Special Edition.

Why THX? Why was it developed and how did this change the quality in the commercial cinema industry?

There was a growing feeling in the late seventies and early eighties that cinemas were not producing the goods when it came to presenting films optimally, either in terms of picture or sound. Certainly in the US, many large cinemas had been broken up into tiny shoebox-type multiplex screens with mono audio and poor projection. THX came up with a plan to reboot the quality of professional cinemas in 1983. George Lucas decided that the complex mix of Return of the Jedi should look and sound its best in as many cinemas as possible. Furthermore, if we had premium audio playback in the mixing studios at Skywalker Ranch, why couldn’t we have that same performance out in the field. 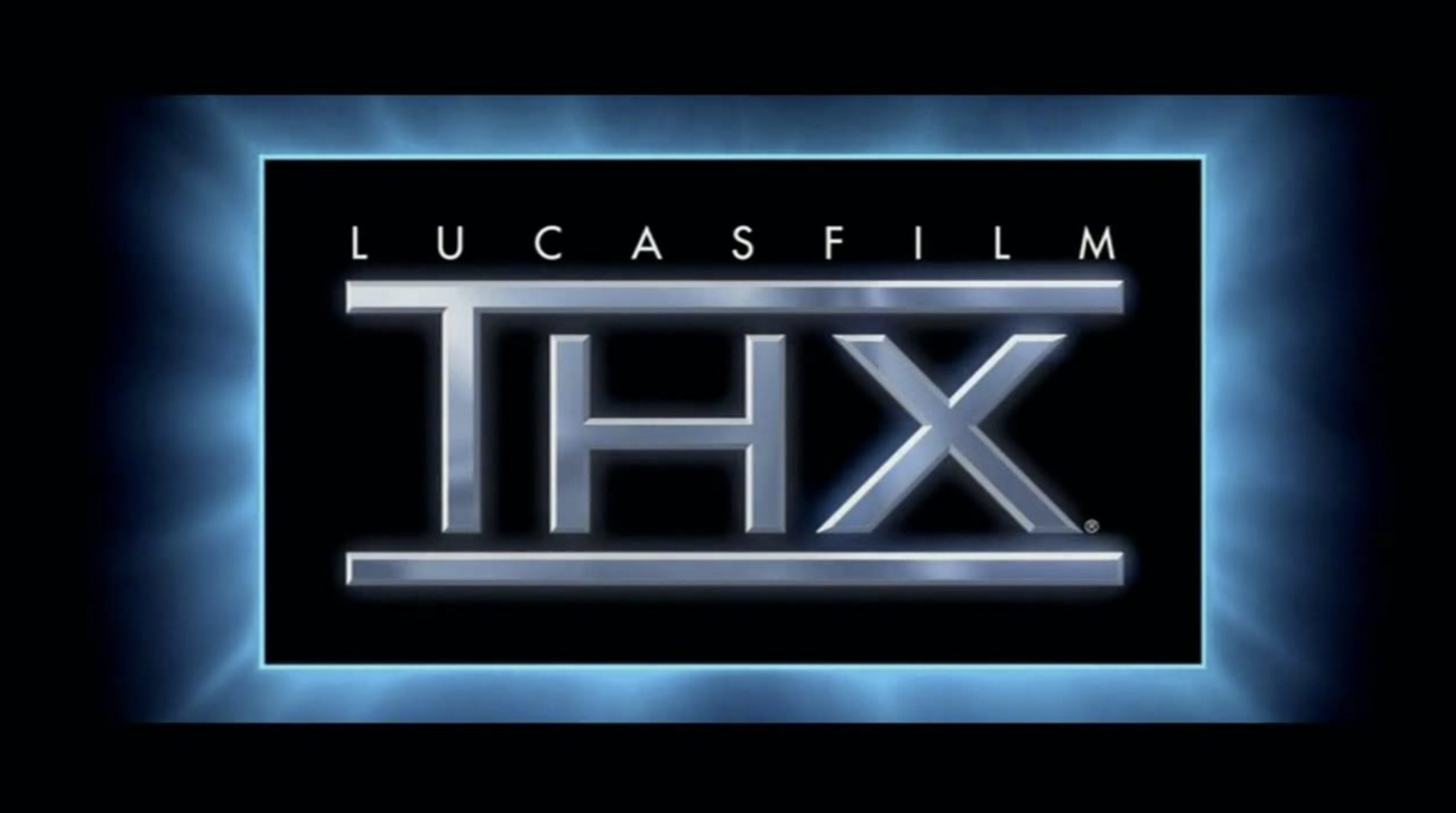 A THX cinema had to be able to reproduce dialogue accurately and intelligibly, elicit the quietest whisper to the loudest explosion, be agnostic to audio or vibration leaks from adjacent auditoria, and mitigate background noise to virtual silence. Even the viewing angle to the screen from every seat in the house should be no less than 36. If you could achieve all that with the help of our design team, and your auditorium passed the many hundreds of real-world performance tests, then you could market your cinema as being THX Certified and play the famous trailers before each movie. In some ways, THX was the genesis of what we now understand as PLF or premium large format cinema. 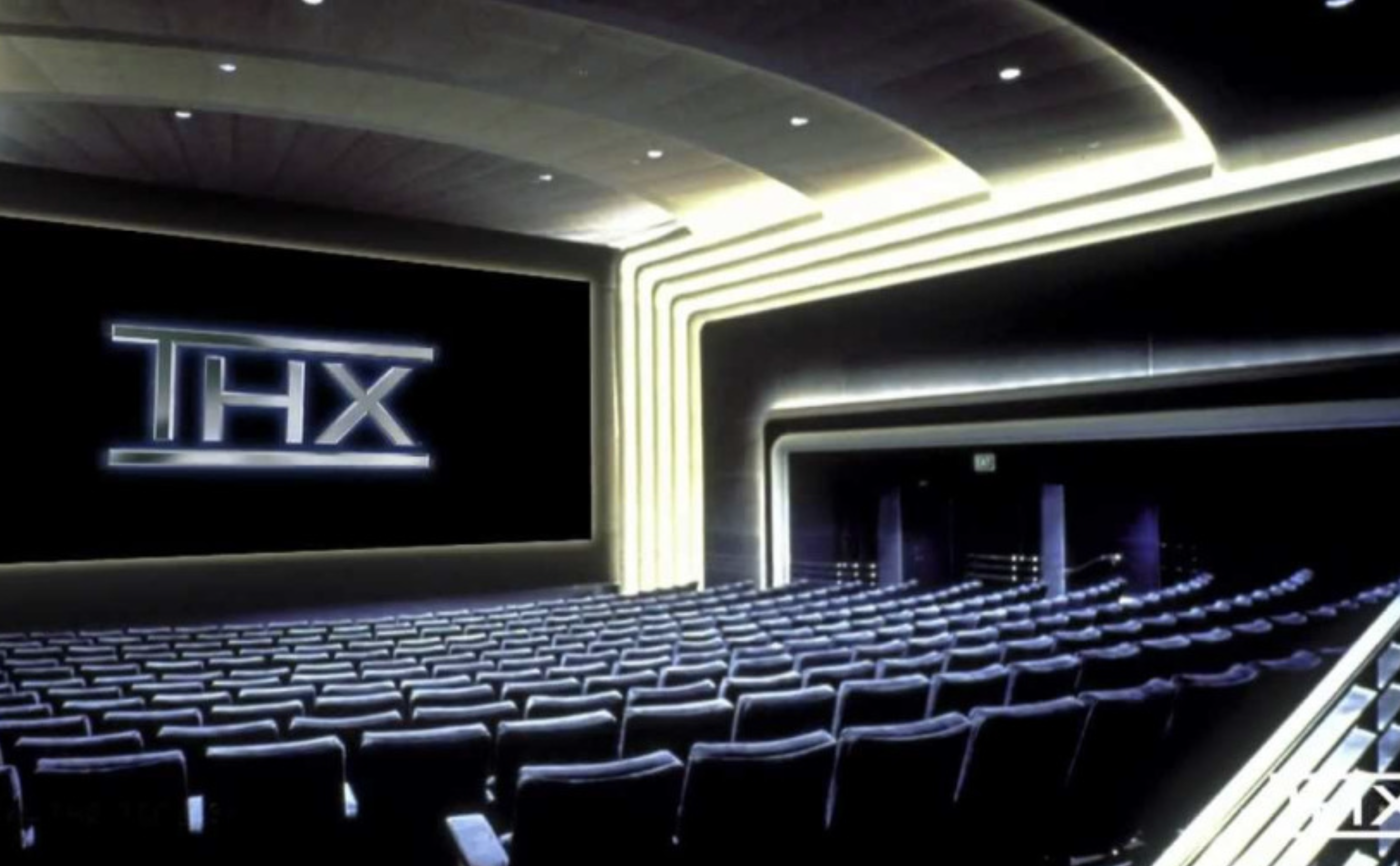 THX at home why was this relevant and has it disappeared?

It certainly hasn’t disappeared. As far as I can tell, THX still has a vital role certifying displays and AV components for quality control and reference performance specifications. What has perhaps taken a backseat in recent years is the overarching architecture of home cinema which THX solely developed, what I loosely referred to as the unified theory. Like the professional cinema, THX rightly believed that there needed to be a set of criteria that applied to movies at home, but one which we conceded we would have less control over. Nevertheless, the old adage originally coined at Lucasfilm, as the director intended, was totally relevant for residential applications too. 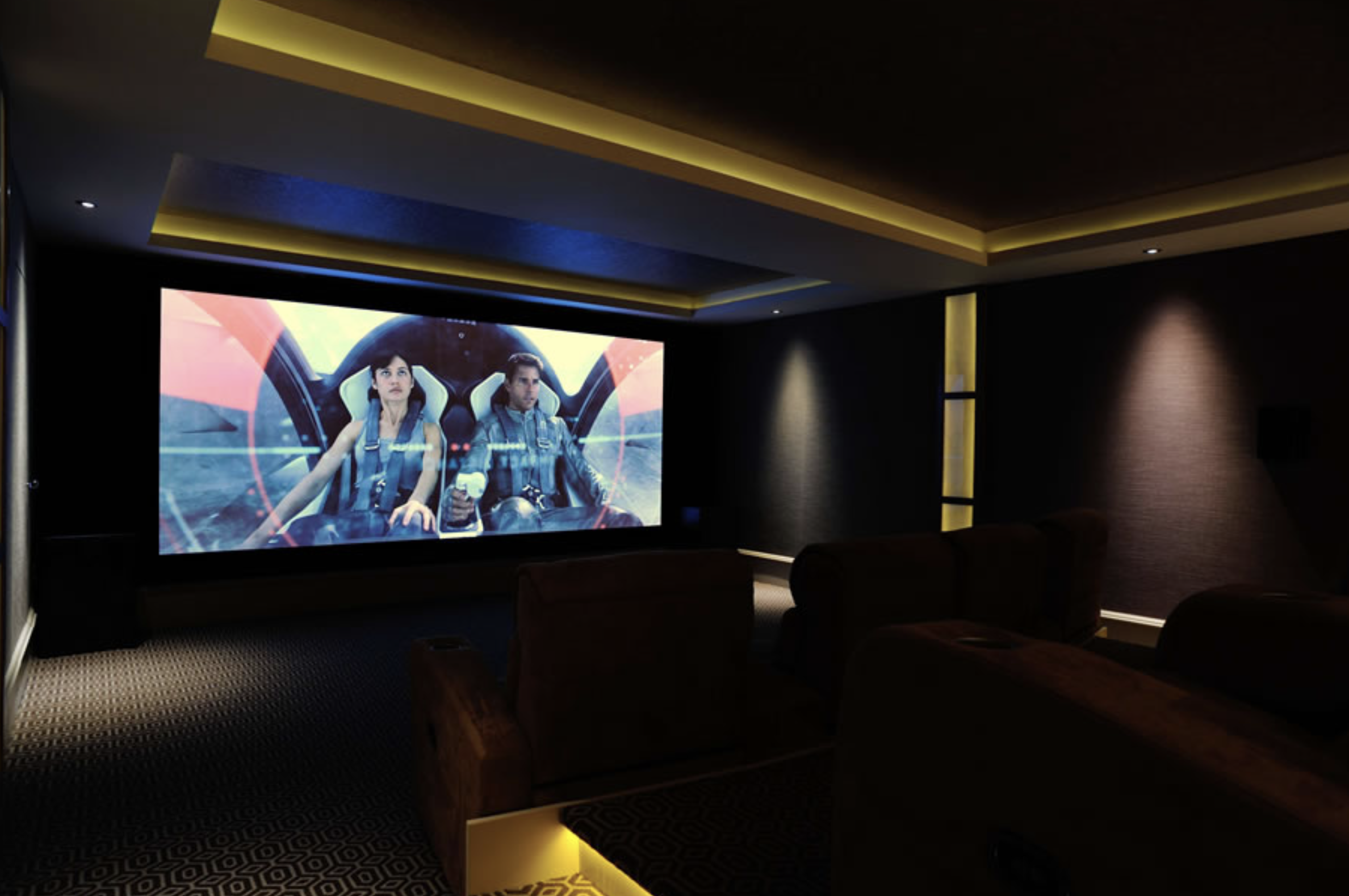 Before THX, there was anarchy during the early age of matrixed surround sound home cinema. Do I use a subwoofer? Do I match my front LCR speakers? Should surround speakers be point source and where do I put them? None of these questions had been answered. The other added challenge with developing a home cinema system was how to playback a film soundtrack in a small room that was originally mixed in a large room and designed to be played back in a large room. The results of engineer Tom Holman’s research led him to design a combined solution of hardware and electronic features to address these problems. They included speaker and subwoofer performance requirements and nifty electronic processing features inside a home cinema preamp or receiver. For a consumer to truly benefit from something greater than the sum of the constituent parts, it was advisable to purchase a complete set of THX branded and licensed speakers, electronics and amplifiers.

Does THX have any bearing on the immersive audio formats of today and the future?

It still makes perfect sense to buy THX-Certified front left, centre and right speakers for their dialogue enhancement and front soundstage audio properties. THX-Certified subwoofers also guarantee reference bass performance as they relate to a specific room volume. Some still believe that dipole or tripole surround speakers to the left and right of the listener with their ability to replicate an array of professional sidewall cinema speakers are mandatory even in an immersive audio world, and I would tend to agree. But that’s about where THX’s role in immersive audio home cinema ends.

One of the key components of THX’s AVR electronic processing was timbre-matching, which ensured that the signal sent to speakers behind the listener would compensate for tonal changes when sound effects panned from front-to-back or vice-versa. With home cinemas now embracing anything up to 32 speakers above, to the front, side or rear of the listener, the function of that feature would be impossible to police. THX’s bass management features built into certified receivers are also second-to-none (and shamelessly copied by almost every manufacturer), but I genuinely hope that the organisation can come up with a new unified theory for Atmos and DTS:X playback in the home. There is always a demand for things to be better and THX is probably better placed than any other organisation to make sure they are. 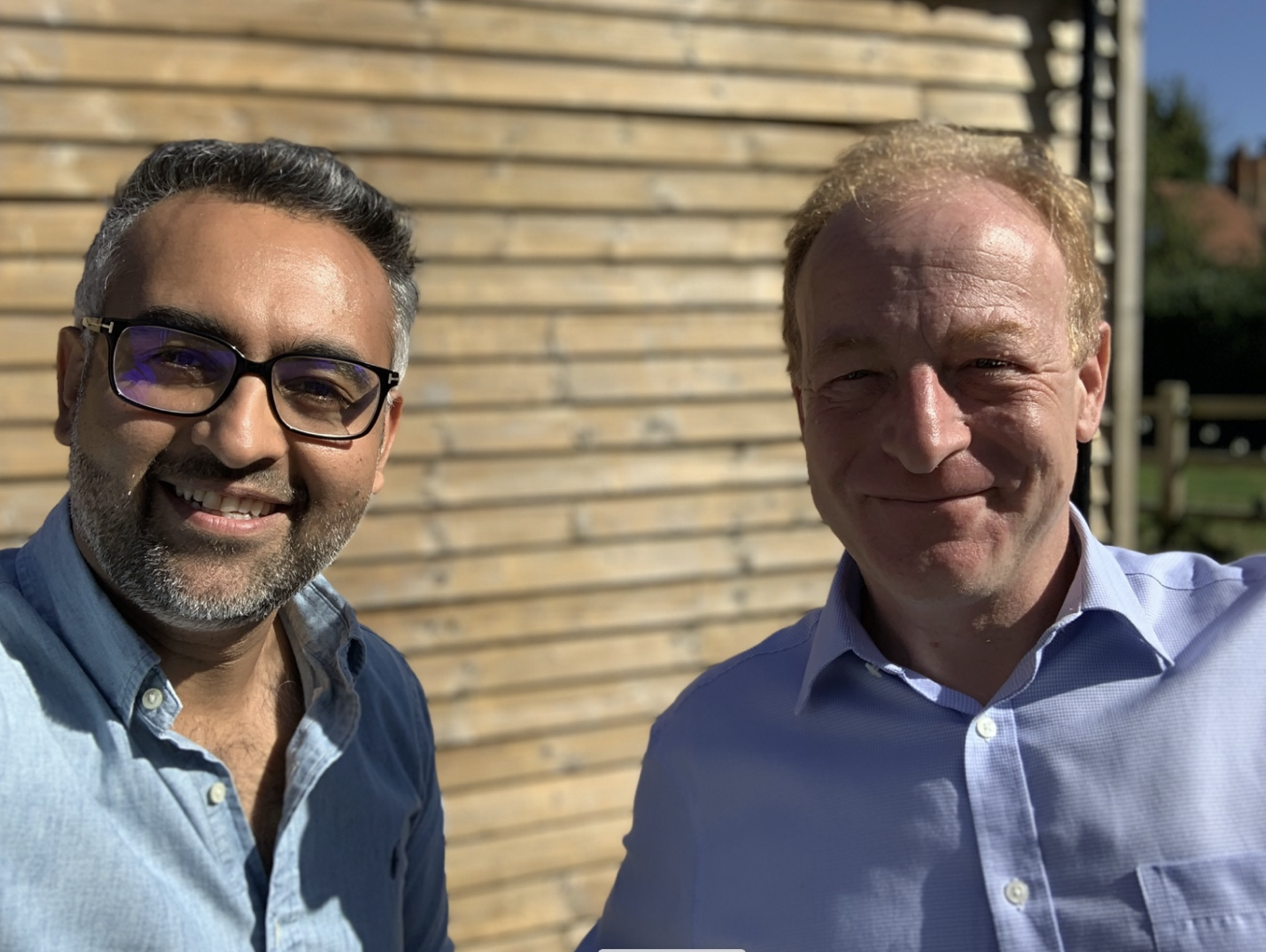 Martin, thank you very much indeed for your wonderful contribution!

We look forward to reading your AV reviews and articles in future.