Winning with Sound in Sacred Games – Q&A with Anish John 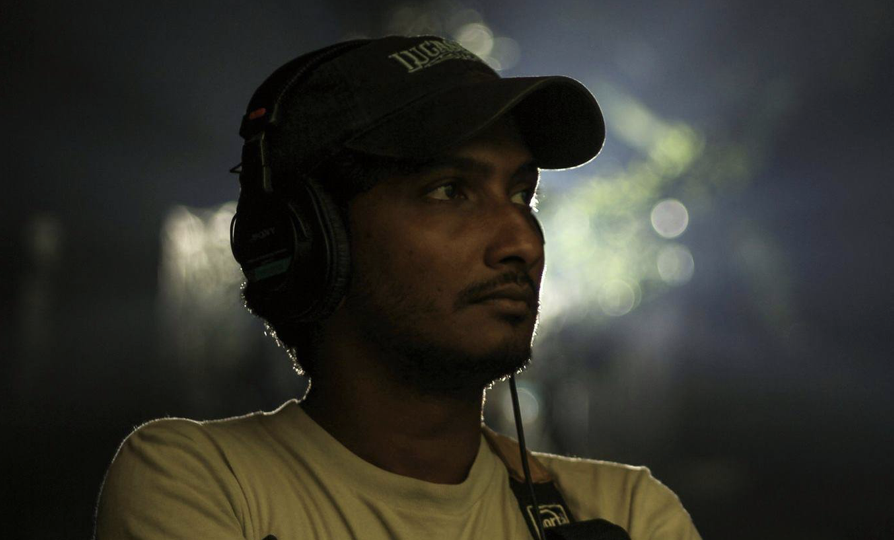 Anish John is an award-winning sound designer and mixer. He achieved a national award for Best Sound Design in the film Labour of Love. He also gained high critical acclaim for his work as the Sound Designer of the first Indian Netflix original series, Sacred Games.

Anish was born and bred in the historic city of Kolkata, India. After completing his education St. Xavier’s College, he went on to pursue a three-year course at the Film and Television Institute of India in Pune.

Following graduation, he moved to the Bollywood city of Mumbai. Anish worked as an editor and a sound mixer for numerous short movies, documentaries, and narrative features and later moved in to the field of sound design and mixing.

“Everybody instantly connects to cinematic visuals because its right there for you to see. Most people don’t understand sound design easily because, it’s less obvious… one can create an entire character we never see, through sound…”

Please tell us about your earlier years and what inspired your further study career choices.

As is the case with most people who get drawn towards the world of sound, I too was initiated into it through music. I was an avid listener and even played a little bit of the guitar. This led me to explore music recording. I applied to the Film Institute to learn music recording and mixing techniques. Once I got there, I was totally enamoured by the world of films and film sound.

Please tell us what your work actually involves from start to finish of a project… and what would a typical day look like?

My collaboration on a project starts from the planning stages of the film. I get involved, in most cases, as early as the scripting stage. This enables me to provide feedback from the point of view of the proposed sound scape for the film among more general feedback about the script itself. It is much easier to incorporate ideas and thoughts at this stage rather than

When everything is already shot and edited and presented for sound post production. It also allows me to plan ahead for the shoot and get everything in order. 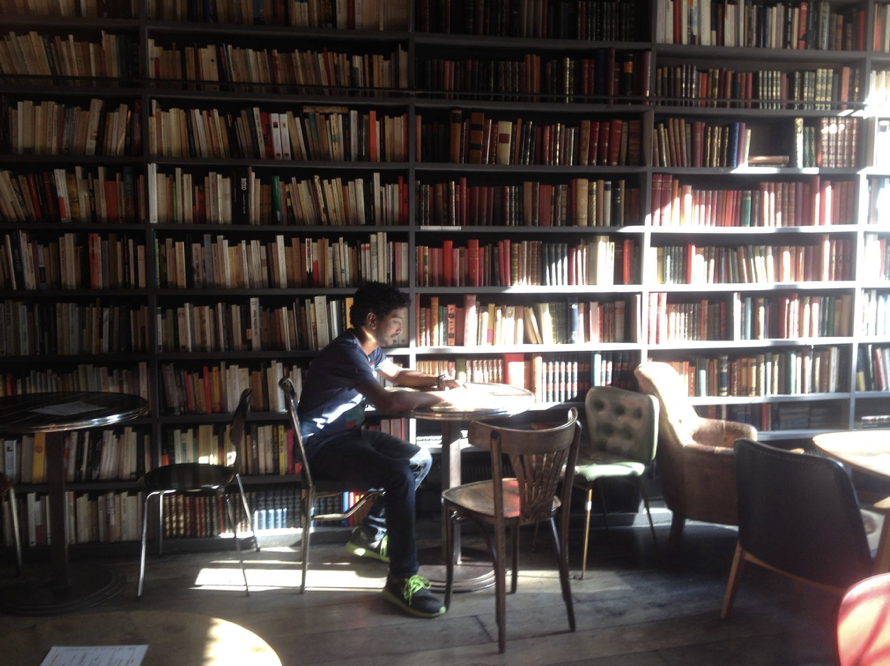 The next stage is the shooting stage where we head to location or a studio floor where all our scenes are filmed with actors. At this stage, the sound crew focuses their attention on capturing good quality dialogue as well as on-location sound effects and ambiences. 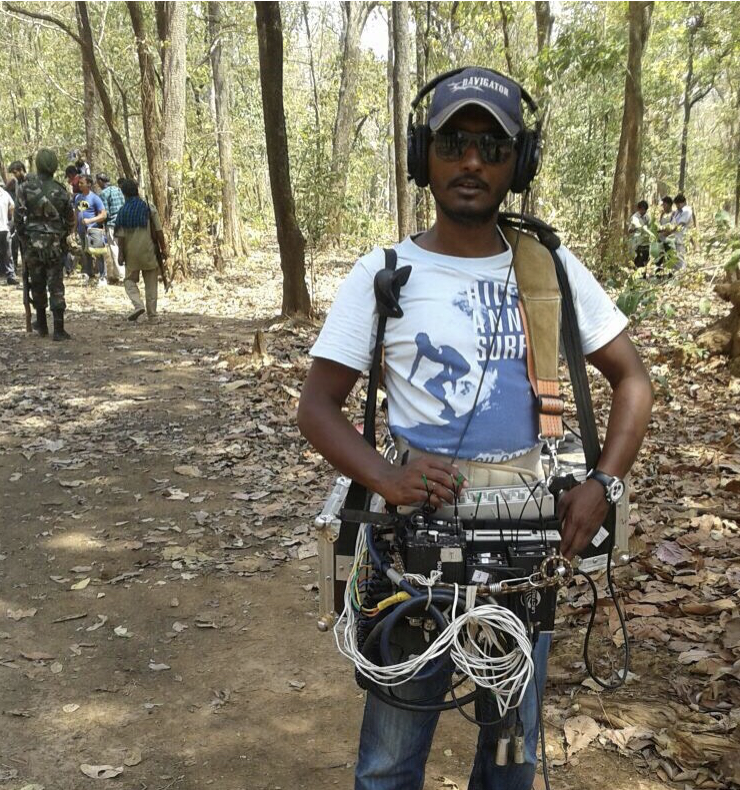 During the post-production stage, the picture gets edited and we work independently on the sound for the film. Once the edited video is given to us, we put it together with the recorded sound from the shoot (dialogue, ambiences etc), which then needs to be cleaned. Unwanted noise is filtered out, using software and plug-ins on the computer. Then we add sound effects as per the requirement on the project along with Foley effects – these are effects that are recorded in a studio environment perfectly in sync with the picture. There is a need to record additional sounds such as footsteps and cloth rustle among other sounds because we might have missed recording it on location while filming. Since we prioritise recording dialogue on location, we sometimes miss out on recording these overlapping sounds that then need to be added in the Foley stage.

Once all the sounds have been added and layered, Dialogue, Fx, Foley, Ambience etc, we then proceed to the mixing stage. Here we receive music from the music director. Background music, songs etc are provided to us at the mixing stage. At the mixing stage we balance the relative ratios of dialogue vs sound effects vs music and find the perfect blend. This is usually the final step of the film making process. The final output is taken after the mix is completed and married to the final colour corrected picture.

A typical day would depend on which stage of the project we are currently involved in, therefore if we are in the production stage, it could be an entire day shooting on location, or we if we are in post-production then we could spend the entire day holed up in a sound editing or mixing room. 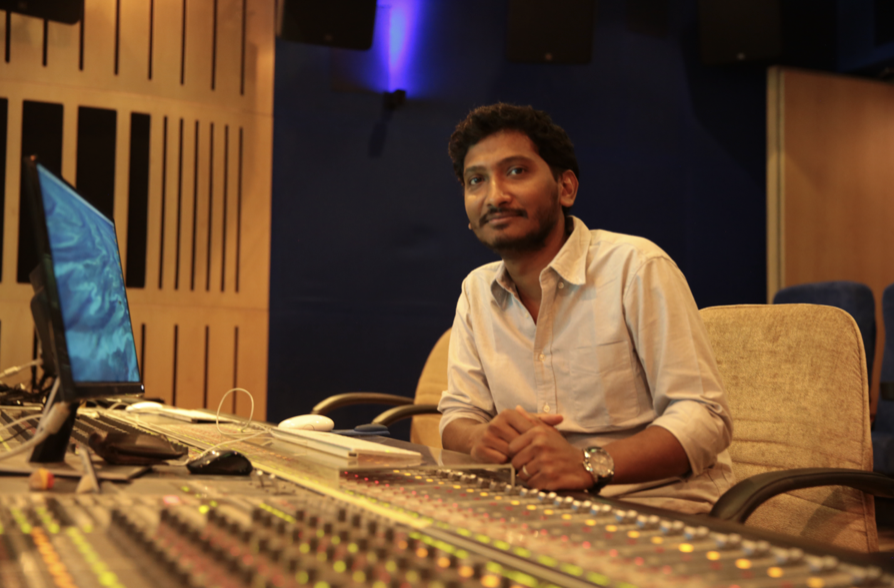 Congratulations on all your achievements to date. What inspires you or how do you go about creating the unique sounds?

Thank you. The opportunity to be able to create something new and discover new techniques is all the inspiration one needs. Creating a sound scape is like being able to paint on a blank canvas. In cinema, it exists beyond the frame of the picture. The limitless possibilities of what can be achieved, is very inspiring. 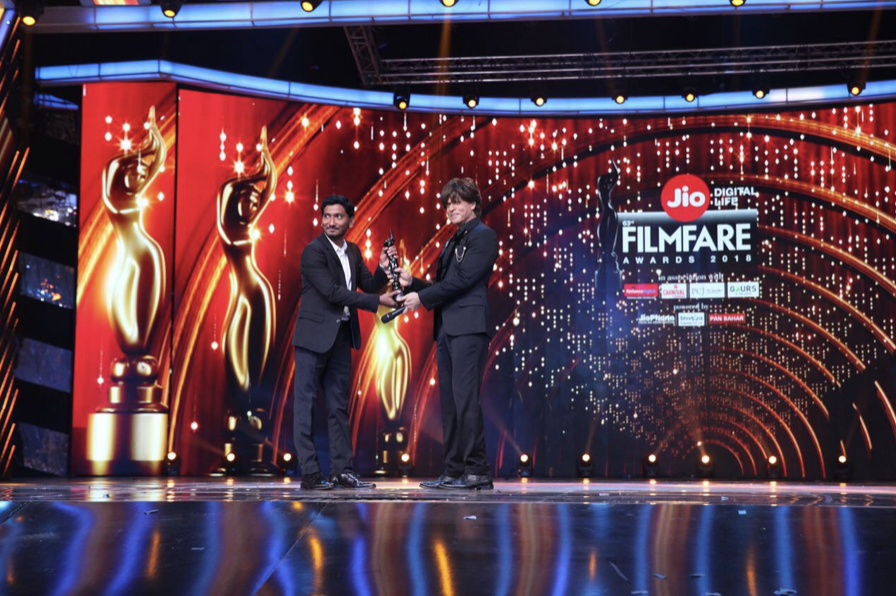 Sacred Games was a huge success for Indian TV and worldwide phenomenal success. How did you get involved?

I had previously collaborated with Vikramaditya Motwane, the show runner of Sacred Games on a film called, Trapped. It was a very successful collaboration as we were both very pleased with what we were able to achieve on the film. So, when Sacred Games was being planned, he brought me on to the project. 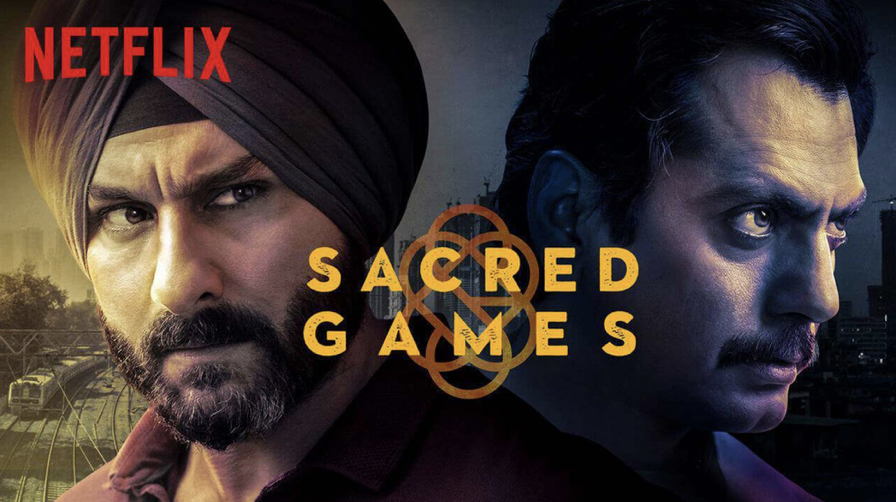 I consciously try and work with people who look towards me as a collaborator, rather than someone who is just executing their pre-existing vision. Film-making is a very collaborative medium. It is most effective when the talents and vision of all the people involved, is utilised to the full potential. The projects and the people that I end up getting involved with expect me to collaborate and contribute. This gives me a fair amount of influence and control over what needs to be achieved. Extensive discussions and exchanges are conducted, to ensure that my ideas are perfectly aligned with that of the director.

The thing I keep saying to anyone with an interest in the field, is to observe your immediate surroundings. Pay attention to things happening around you. The other thing to do, is watch and re-watch as many films as possible and absorb whatever you can. Break it down, discuss, analyse. Try and see or research what techniques have been employed and analyse how you can put them to use in your own way. 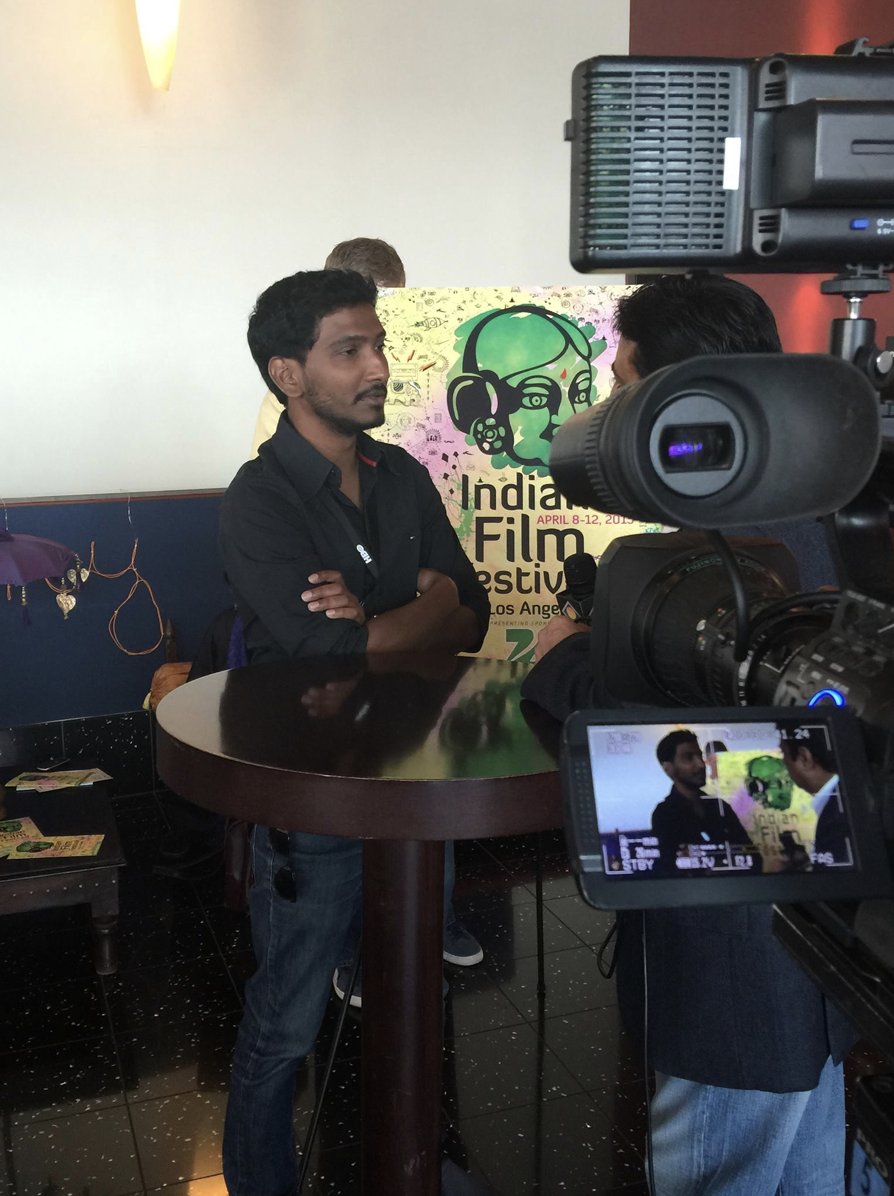 There is an insane amount of content being created for the viewer at home, on platforms such as Netflix, Amazon Prime etc. The quality of home audio has improved drastically too. Therefore, this is the perfect time to be able to exploit those resources. High quality equipment is very accessible at both ends of the spectrum, for creators as well as consumers. We are very mindful of this fact while designing sound for a show on an OTT platform. We are aware that this show will primarily be watched in a home environment as opposed to a conventional cinema theatre environment. We therefore design sound in such a way so as to ensure the best possible experience for the viewer at home. 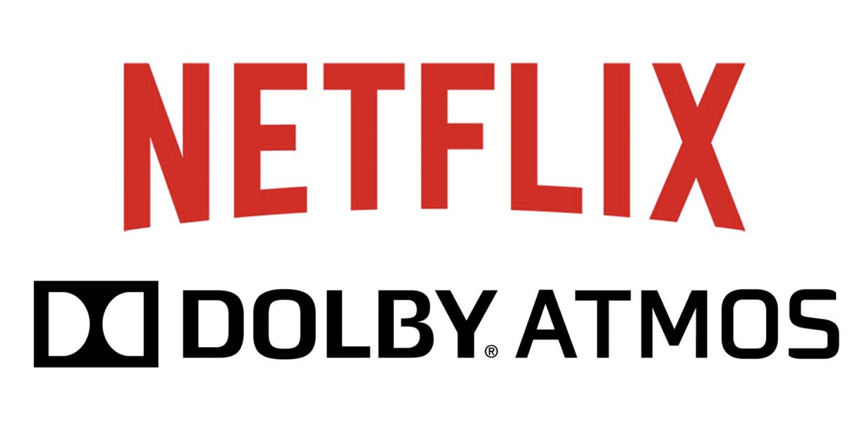 The primary difference between a post-production studio and the home environment is that the studio is acoustically treated while the home is not.  A typical home will have added reflections and far from ideal acoustic conditions. We take great pains to achieve good acoustic parameters while setting up a studio. One of the steps we employ is to calibrate the speakers and add a digital equalisation, so the studio is able to provide a correct reference.

I have several projects lined up in the coming months. Ek Thi Sherni directed by Amit Masurkar and starring Vidya Balan. Amit and I have previously collaborated on Newton. A couple of films with Dharma Productions, Bell Bottom starring Akshay Kumar and directed by Ranjit Tiwari, to name a few. 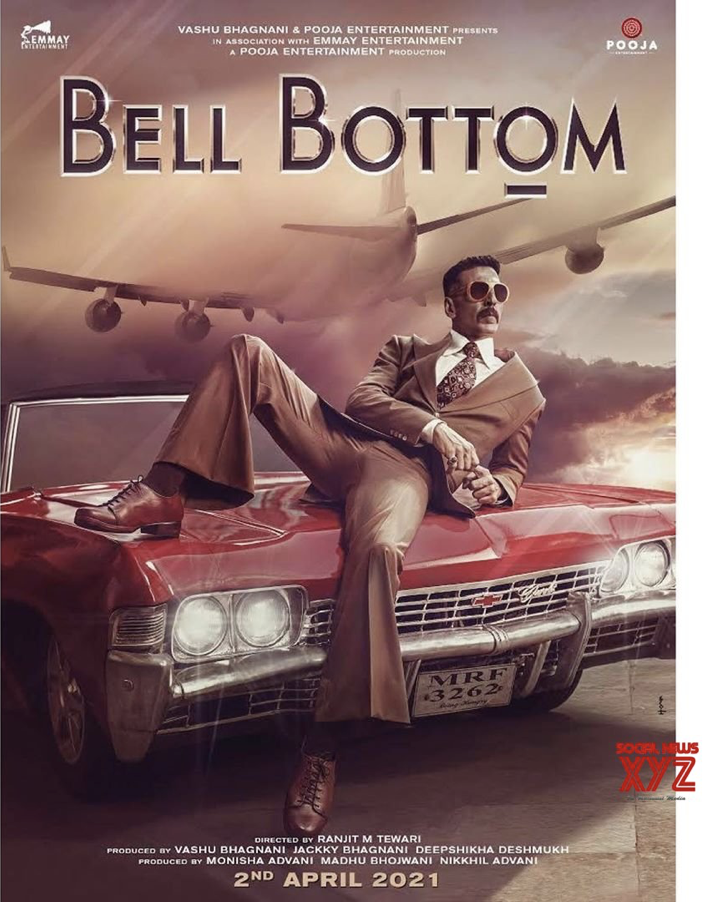 Would you please share your favourite three music albums/artists or songs and your top three movies of all time either from a recording perspective or personal taste or both.

I am an avid rock music listener. Among my favourite bands are Pink Floyd, Metallica, The Doors, Dire Straits etc.

I try and watch a diverse range of films so as to expose myself and have and be as inspired as possible. Some of my favourites would be Stalker by Andrei Tarkovsky, The Three Colours Trilogy by Krzysztof Kieslowski, David Fincher and the Coen Brothers movies, Satya, Maqbool among Indian films, and a more recent film I just can’t seem to stop recommending to people, Kumbalingi Nights. 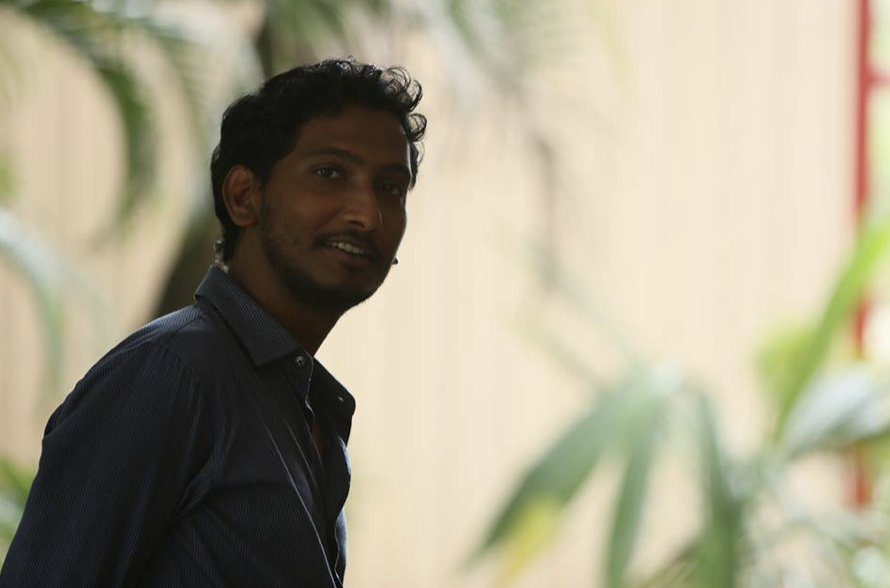