Posted at 10:42h in Uncategorized by Kate
0 Likes

Larry Benjamin is a Re-Recording Mixer at Formosa Group, Hollywood. He has been nominated for eight Emmy Awards, five for Better Call Saul, two for Ozark and one for El Camino: A Breaking Bad Movie.

Formosa Group is a full service post-production sound company, serving independent and studio filmmakers and content creators. Launched in summer 2013, Formosa Group is home to some of the most creative and well-respected Supervising Sound Editors, Sound Designers, Music Editors, and Commercial, ADR & Re-recording Mixers in the entertainment industry. Formosa Group is based in the historic and state-of-the-art sound facilities on The Lot in West Hollywood as well as Burbank, West LA, Santa Monica.

Beginning as a musician during his childhood and teenage years, he went on to attend Emerson College in Boston, where he learned the valuable skill of networking and the soft skills to listen and offer guidance to filmmakers, allowing him to translate their vision of sound into layperson’s terms.

“I’m passionate about collaborating with filmmakers in bringing their ideas to fruition. I enjoy exploring creative solutions to complex problems and offering input that contributes to their sonic vision.”

In the audio mixing studio for Ozark, Season 3 at Formosa Group, Hollywood Stage 6.

Please tell us about your earlier years and what inspired your further study career choices. I was always interested in sound and music as I was a keyboardist in various bands.

I used to record us on cassette tape and later reel to reel, manipulating sound with simple tools and techniques including editing the tape physically.  I did some work at Boston area radio stations and then studied radio, TV and film at Emerson College in Boston where I got to study and experiment with sound and picture.

“Luke, I am your father” – Tell us about your Empire Strikes Back movie experience.

I vividly remember seeing the movie in the theater when I was young and noticing how remarkable the sound was.  The entire movie had so many instances of sound’s role on the story but I recall how impactful the moment of the AT-AT was, as it was about to crush Luke’s snow speeder, the mechanical heft, the giant servo motors as the leg lifted in the air and the speeder chase scene itself.  My interest in this particular aspect of storytelling was formed at that moment.

What does your work involve from start to finish of a project… and what would a typical day look like?

My mix partner Kevin Valentine and I watch a cut of the show we’re working on, well before we mix it to get an idea of how the production dialog sounds, what locations we’ll be in and story content so we’ll know the scope of what we’re to expect for the mix.  We often have three days to mix an episode of a show and the first day, we’ll work with the sound supervisor, who attended a spotting session where decisions were discussed with the creative producers regarding tone and intent.  This information gets relayed to us as we work through raw sound elements.  We pre-dub the show.  That is to say we listen to and blend each sound element that has been provided to us by the sound supervisor and sound editorial team.  Kevin will handle anything concerning sound effects and I will mix anything dialog and music related.

We work independently at first, at our own pace dealing with our respective elements and then “marrying up” linearly where we play the result of our work together adding in music and foley.  This is for the first day/day and a half.  We’ll then playback what we did for ourselves, then the picture editor, whom has worked with the show runner and eventually the show runner making tweaks and adjustments to our mix with fine detail.  With each pass, we refine the mix in a way that reflects the filmmaker’s intention.  Each client is unique in how many adjustments and changes to the mix we make.

Congratulations on your nominations for Better Call Saul and more recently, Ozark and El Camino. What inspires you or how do you go about creating the unique sounds?

Thank you! We have a team that is comprised of a sound supervisor, sound effects editor, dialog editor, foley artists, composer, music editor, music supervisor and us, the Re-Recording Mixers.  The editorial team prepares, creates and edits all the material and our job is to shape it and blend it.  So, it really is a collaborative effort.

Larry Benjamin and his son James Benjamin at the Emmys 2019.

Having said that, the uniqueness of sound with all the detail is really a credit to the stellar editorial that sound supervisor Nick Forshager provides.  We’ll add our touches and manipulate these sounds with level, EQ, pitch, reverb, delay and panning to make them fit in organically.  We mixed a show called LEGION for Noah Hawley, and he gave us great creative latitude with sounds and I had some fun bending things with some fun plugins.

We refer to a guide track, a temp mix of sorts, provided by the picture editor.  This is just an intention of what the director and show runner is going for.  We get to shape the sound the way we like it and then get input from the creators further shaping it to match their vision.  Ultimately, we’re supporting their storytelling and our goal is always trying to help tell the story.  We do get to influence the project with our personal taste for the balance of elements.  Some creatives are more collaborative than others welcoming creative input and others want us to merely improve of what has been presented to us with the guide track.  This is what we refer to as “Temp Love”.

Stage 2 at Formosa Group Hollywood with the AVID S6 and Dolby Theatrical Atmos.

The most important thing I can stress is, don’t be a jerk!  Of course, one’s technical acuity, the ability to listen with great focus and detail, being a collaborator and team player are important abilities to develop but actually being a “good hang” is the most important trait to possess.  We’re spending 10 hours a day in a room with these folks (and now doing it remotely) so it can’t be stressed enough how being amiable, easy going, “leave the ego at the door attitude” is for me the key to success and longevity at this rewarding career.  Also, developing rapport with the client is crucial.  Being well rounded with various interests helps one draw from different experiences when conversing with clients.

Yes! We used to mix on very high quality far field studio monitors intended to hear great detail but would playback over small, tinny speakers designed to emulate a home listening situation.  These speakers would never be able to reproduce the dynamic range or full frequency response the mix would contain.  But, with much higher quality listening options available to the consumer, we sometimes playback through higher quality bookshelf speakers, amplified nearfield speakers or even sound bars and TV sets.  My philosophy is to mix in on the big speakers, the main monitors in the room, understanding that things will go away or lessen, such as music and subtle effects.

We have to mix with the highest common denominator scenario in mind and not the lowest as we now have too many home listening options available ranging from a well-equipped home theater, which will replicate our mix faithfully, to soundbars, tablets, flat screens, phones and laptops with headphones.  We can’t cater to one specific type of device so let’s make the mix sound as good as we can in the best sounding space and understand that there will be a compromise with lesser systems.  We can “bake in” some room for loss of detail as long as the general balance is great, it’ll translate to many environments well.  As for multichannel formats such as 5.1, 7.1, Dolby Atmos of the home theater variety and even binaural on headphones, we make creative decisions in our best-case scenario hoping that many will get to enjoy the result of them but also understand the reality that most will hear the mixes downmixed to stereo so it has to serve both options.

The studio designers at our facilities have gone through great lengths to make the room as acoustically flat and transparent as possible.  We want the least amount of room colouration from bad acoustic conditions.  So taming room nodes, bass trapping, controlling reverb and reflections is vital.  Once this is achieved with proper room design and treatment, the speakers we use are JBL 3-way 5732s for the screen array and JBL 9320s for the surrounds.  Dolby will come to our facility and “tune the room”, meaning adjusting the EQs for the speakers so that they’re matched in level and timbre.

You’ve listened to Miller & Kreisel speakers before – what did you particularly like about them?

I like the precision they have reproducing music and our soundtracks accurately, in a neutral way without colouring the sound.  The speakers reproduce audio smoothly, effortlessly with power and impact on the lows and clean highs.  I like their ability to handle dynamic range without distortion.

We’ll be mixing Season 3 of A Million Little Things for ABC first, Season 4 of Ozark and then Season 6 of Better Call Saul.  This summer we wrapped a new series called Coyote, starring Michael Chiklis and we look forward to another season of that.

Would you please share your favourite 3 music albums/artists or songs and your top 3 movies of all time either from a recording perspective or personal taste or both (this could be recommendations for demo content for home set-ups).

Oh, this is a hard one as there are so many I like.  I like the Beatles, David Bowie, Led Zeppelin, Prince, Foo Fighters, Queen and The Police.  The song Bohemian Rhapsody left an indelible mark on me.  I heard it and enjoyed it long before it was played to death.  I loved the peaks and valleys of it, it’s a rock opera.  The technical prowess is impressive using multitrack recording to its fullest capabilities and it still sounds great all these years later.  I like Tempus Fugit by Yes from the album Drama.  Part of my like of this song is I was young so it’s nostalgia.  But, it being prog rock, I really like the structure of the song, flange added to the bass and good dynamic range.  I also really enjoy listening to Steely Dan.  The albums Aja and Gaucho stand out.  As for movies, Star Wars Empire Strikes Back, The Matrix, Saving Private Ryan, Star Wars-The Force Awakens, Baby Driver, Inception, Avengers-Infinity War…too many to list, sorry that was more than 3! 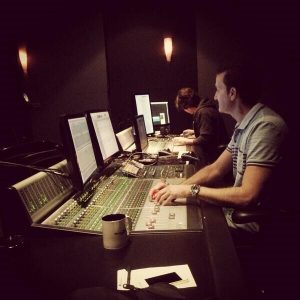 Larry, thank you so much for your contribution and we wish you every success in the future!

For more information on music systems and home cinema systems, please get in touch: